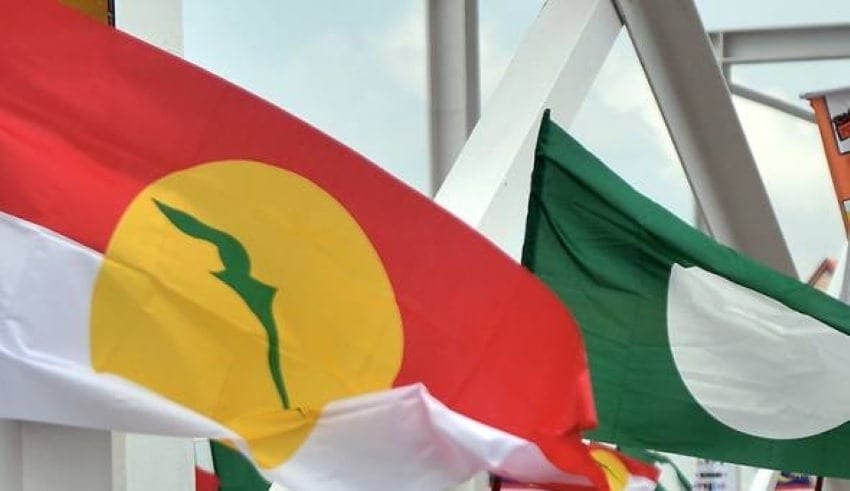 Umno and PAS, the two largest parties in the country have agreed to formally register their alliance as Muafakat Nasional.
(C) astroawani

KUALA LUMPUR – Umno and PAS, the two largest parties in the country have agreed to formally register their alliance as Muafakat Nasional (MN) with the Registrar of Societies (RoS).

The move was announced in a joint statement from the new coalition Secretary-General I and II, Tan Sri Annuar Musa and Datuk Takiyuddin Hassan. The announcement was shared by Annuar on Twitter.

According the the statement released, the Muafakat Nasional leadership had come to the conclusion and gave full cooperation to further strengthen their unity and cooperation between to the two parties as they prepare for the 15th general election (GE15).

That the MN Consultative Committee meeting was initially scheduled to be held yesterday but was postponed due to the implementation of the conditional movement control order (CMCO) in a bid to stop the spread of the virus.

Bersatu, another Malay-Muslim Party, claimed that it was on the verge of joining the new coalition MN on August but the meeting scheduled on Monday to ratify their entry was postponed indefinitely.

The joint announcement came after UMNO announced that it will be make new demand on the Perikatan Nasional government in return of their backing of the Muhyiddin’s administration.

Umno is the main components among the coalition in PN with 39 MPs. Umno’s loyalty to Mr Muhyiddin was put into question when the opposition leader, Datuk Seri Anwar Ibrahim, told the King in a meeting that he had majority support in parliament but was not able to provide the list of MPs supporting his bid to form a new government.

Bersatu, PAS and several parties formally register Perikatan Nasional as a coalition but UMNO decided to sit out citing their commitment on the formal ruling party Barisan Nasional and it’s new pact MN with PAS.ment department, who was not facing the customer, also tested positive for Covid-19.