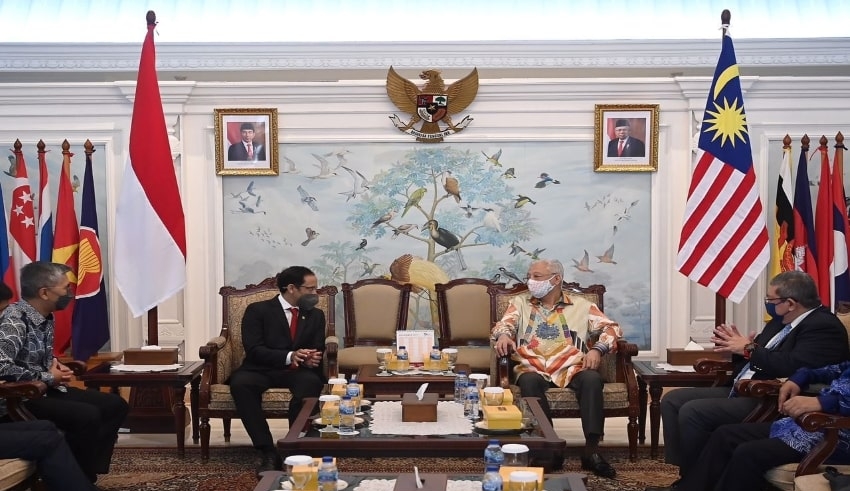 Malaysia – It will be Datuk Seri Ismail Sabri’s first visit to Indonesia as Prime Minister after taking the oath of office on August 21, 2021.

Efforts to recover from the impacts of the Covid-19 pandemic will be examined by Malaysia’s charge d’affaires in Indonesia, Adlan Mohd Shaffieq.

In a news conference, he said that the concerns to be addressed are in the sphere of investment, trade, palm oil discrimination, maritime border restrictions, and the joint listing of Unesco cultural heritage.

Ismail Sabri will meet with members of Indonesia’s business community and important industry leaders, as well as Indonesian editors-in-chief and the Malaysian diaspora in Indonesia. He will also witness the signing of many Memorandums of Understanding (MoUs) and Agreements between Malaysia and Indonesia.

Adlan said that the two presidents would also address significant regional developments in the framework of Asean cooperation, as well as risks threatening the region’s peace, progress, and prosperity.

According to him, Indonesia is one of Malaysia’s most significant and closest neighbors. Indonesia is Malaysia’s ninth biggest trade partner internationally and the third largest in Asean, after Singapore and Thailand.

The prime minister will also pay a visit to Bandung’s defense manufacturing facilities. The official visit will be conducted in accordance with the Covid-19 standard operating procedures (SOP) established by the Malaysian and Indonesian governments.