The Asian Affairs > Latest News > ASEAN News > Leaders of the Philippines’ governing party have endorsed Duterte for VP in 2022. 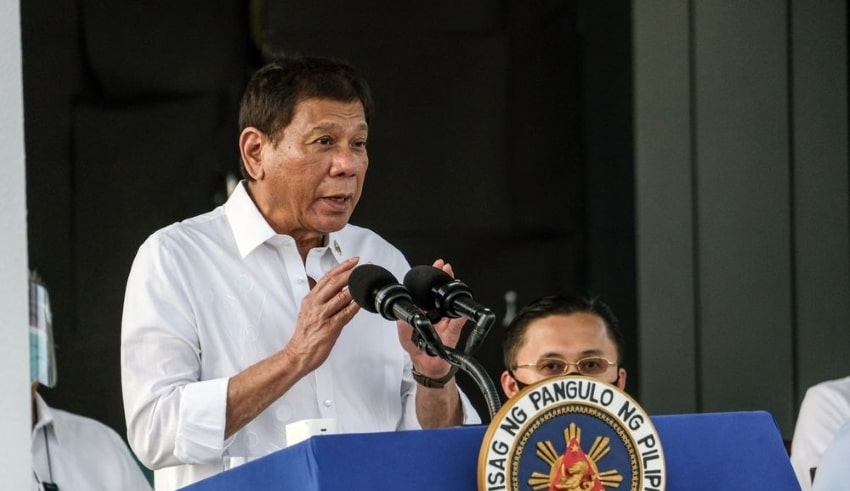 Leaders of Philippine President Rodrigo Duterte's political party have supported him to run as a vice presidential candidate in next year's elections.
(C) bloomberg.

Leaders of Philippine President Rodrigo Duterte’s political party have supported him to run as a vice presidential candidate in next year’s elections, allowing him to continue in power for another six years after stepping down in 2022.

The party’s general assembly, which meets next month, must approve the move.

The president of the Philippines can only serve one six-year term. Duterte’s tenure expires in June of next year, but he has stated that he is seriously considering running for vice president, which political analysts and opponents believe might be a backdoor to the presidency.

Many political observers believe that next year’s elections will be a referendum on Duterte’s policies, notably his brutal drug war, in which hundreds have died, and his management of the pandemic.

Melvin Matibag, secretary-general of the ruling PDP-Laban party, declared the support for Duterte, saying the endorsement by top officials will be presented to the party’s national congress for ratification next month.

The party leadership nominated Duterte’s senior adviser and incumbent senator Christopher “Bong” Go as its presidential candidate, according to Matibag, who described Go and Duterte as a “formidable” pair.

Matibag said during a press conference that they we’re hoping that the entire membership will be able to support it. That is the popular and reasonable option of the PDP-Laban leaders.

Duterte, who has presented himself as a reluctant president with little thirst for power, has stated numerous times that he wishes Go would be his successor. In 2019, his backing aided Go’s election to the Senate, a position he shares with Duterte.

Go has stated repeatedly that he is not interested in running for president, and the only thing that might persuade him otherwise is if Duterte agreed to serve as his running partner.

In surveys of potential presidential candidates, Duterte’s daughter Sara Duterte-Carpio, mayor of the southern city of Davao, has outperformed Go. However, Sara and her father have both stated that they are opposed to her running. Candidate filings for next year’s elections will begin in October. Until then, everything is speculative, and “every noise may be posturing,” according to political expert Victor Manhit.