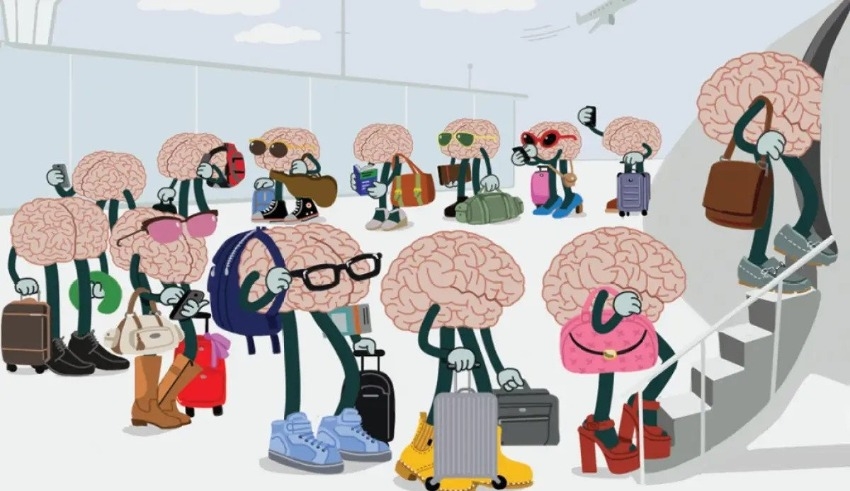 In addition to steps taken by the government, more and more Malaysian businesses must also play their share in the process of attracting and maintaining talent.
(c) VEJA

Mr. Mathew, who works for TalentCorp, claims that the organization is making an effort to reduce the magnitude of the brain drain, despite the many factors that are driving Malaysians to leave the country in search of better opportunities elsewhere. Implementation of the Returning Expert Program is one of the initiatives being taken (REP).

The program includes the [email protected] initiative, which provides incentives for competent Malaysians who have been living outside the country and would like to move back.

Among these benefits is the provision of permanent resident (PR) status to foreign spouses and children who are eligible, subject to the approval and discretion of the Malaysia Immigration Department (Malaysia Immigration Department). The optimal flat tax rate on chargeable employment income is 15%, and it will be in effect for five consecutive years.

“The emphasis is on brain circulation and ‘brain gain,’ where we tap into the finest minds across global borders,” he continued. “Brain gain” refers to the process of tapping into the best brains around the world.

To further demonstrate the efficacy of the initiative, Mr. Mathew refers to a research conducted by the World Bank in 2015.

He explained that the likelihood of any individual returning to Malaysia ranged between 40 and 70 percent for those individuals who had been granted authorisation under the REP.

Out of the more than 10,000 people who applied to participate in the REP program as of June 2022, TalentCorp was able to help arrange the return of approximately 6,000 competent Malaysians from outside.

In addition to this, Mr. Mathew emphasized that the most significant obstacle was to guarantee that Malaysians would have access to work possibilities.

He provided an example of how TalentCorp collaborates closely with several businesses to increase employment opportunities. According to him, in recent times a number of international businesses have established operations in Malaysia, which has led to an increase in the number of chances available in the labor market for locals.

These instances include the recent opening of a manufacturing facility for electric car battery cells in Seremban, Negeri Sembilan by Samsung SDI energy as well as a new facility for an American company called Insulet Corporation in Senai, Johor. Both of these facilities are located in Malaysia.

According to Mr. Mathew, the two facilities are providing a total of 1,300 and 500 work opportunities respectively.

According to Mr. Mathew, “We believe that by making our available workforce ready and relevant to companies, the demand by industries for our experts would increase. This, in turn, serves as an incentive for industry growth and expansion, which in turn attracts FDIs.”

In addition to steps taken by the government, Malaysian businesses must also play their share in the process of attracting and maintaining talent.

According to Mr. Koay of Mercer, Malaysian companies must first ensure that their compensation packages are competitive with those offered in other countries for jobs that are comparable to their own.

He admitted that this may be difficult, particularly taking into account the strength of other countries’ currencies; nonetheless, Malaysian businesses might offer some benefits that would enable them to acquire a comparative advantage.

The adoption of hybrid work arrangements, programs for upskilling or reskilling employees, and avenues for professional growth are some examples of this.

According to Mr. Koay, who was citing findings from Mercer’s 2022 Global Talent Trends Study, “one in three employees in Asia are willing to forego pay increases in order to be able to work flexibly,” and “nearly seven in ten say that not being able to work remotely or hybrid permanently is a deal breaker when considering whether to join or stay with an organization.” Both of these statements were made by respondents in Asia.

The senior director, Mr. Kiranjeet, is an example of a Malaysian currently working outside of the country who was encouraged to do so through TalentCorp’s REP initiative.

One of the primary motivating factors was the opportunity to bring up his children in Malaysia close to his relatives. He described the efforts that TalentCorp made to arrange the transition as “essential” in his trip back to his hometown.

Mr. Kiranjeet stated that despite the difficult conditions, TalentCorp was nevertheless able to carry out its business operations remotely in an effective manner.

He mentioned how TalentCorp not only helped him with the application requirements but also the procedure of returning the application. In addition to this, when he had returned, it remained in contact with him to check on how well he was adjusting to his new surroundings.

In the case of many others, they are not dismissing the possibility of going back to their homeland in the future in order to be closer to their relatives and to play a role in the growth of the nation.

“Perhaps in three to four years, I might go back to Johor Bahru and serve as an instructor nurse to train others who are new to the field,” the nurse, Ms. Arumugham, stated. Additionally, I will have the opportunity to spend more quality time with my family and be closer to my son.
“I will always love my country, and if there is ever a time when there is a scarcity of nurses or a career opportunity that is right for me there, I would return to Malaysia in order to serve it,” she said.