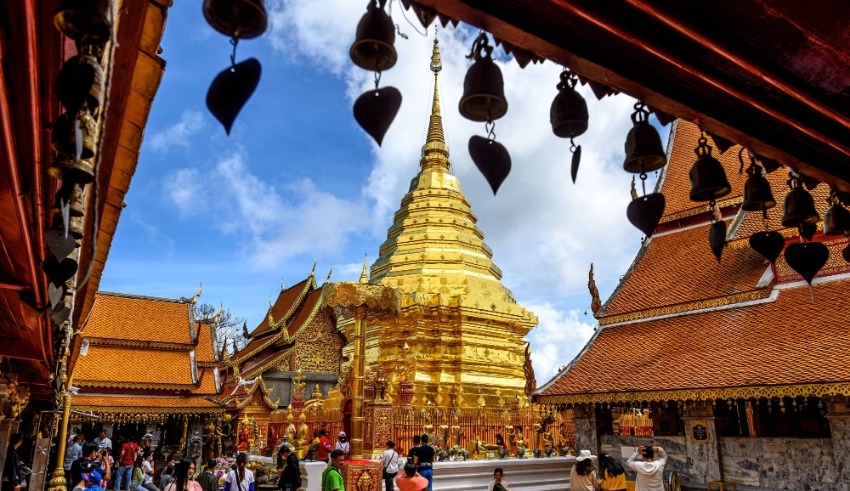 According to a poll conducted by Reuters, the high costs of living in Thailand and a slowdown in China pose threats to the country's economic outlook.
(c) Bloomberg

According to a poll conducted by Reuters, the high cost of living in Thailand and a slowdown in China pose threats to the country’s economic outlook. However, it is likely that Thailand’s economy grew at its fastest pace in a year last quarter, thanks to increased tourism as pandemic restrictions were eased.

However, on a quarterly basis, gross domestic product (GDP) growth was a seasonally-adjusted 0.9%, which was a minor slowdown from the 1.1% growth seen in the preceding quarter, as shown by the median projection from a smaller sample of 12 experts.

The uncertainty surrounding the recovery of Southeast Asia’s second-largest economy from the epidemic was highlighted by the wide range of predicted growth rates, which ranged from 0.1 percent to 1.3 percent. The information is scheduled to be made public on August 15th.

The number of tourists from other countries that visited Thailand increased to 1.07 million in July, up from 767,497 the previous month.

According to projections made by the government, the number of visitors from other countries will hit 10 million in 2017. As a result of an increase in tourism, the Prime Minister Prayuth Chan-o-cha predicted that the GDP will expand by 3.3% this year and by 4.2% the next year.

Fears of a delay in the arrival of Chinese visitors have been stoked by an ongoing COVID-19 issue in China, which continues to pursue a zero-COVID agenda. This, along with a slowdown in the world’s second-biggest economy, raises the possibility of a severe economic downturn affecting the entire world.

According to Han Teng of DBS, “Heightened fears of a global recession in the midst of an uncertain environment could serve as a drag on Thailand’s economy and provide negative risks to our growth prediction.”

According to a separate poll conducted by Reuters, the pace of economic expansion in Thailand will be 3.4% this year, accelerating to 4.1% in 2023, and then decreasing to 3.5% in 2024.

However, inflation continues to be an issue. The headline rate fell to 7.61 percent in July, but it was still quite close to June’s 14-year high and far higher than the target range of 1 percent to 3 percent that the Bank of Thailand (BOT) has set for itself.

Tim Leelahaphan, an economist at Standard Chartered, stated that there is no obvious indicator that inflation would clearly come down or drastically decline in the near future.