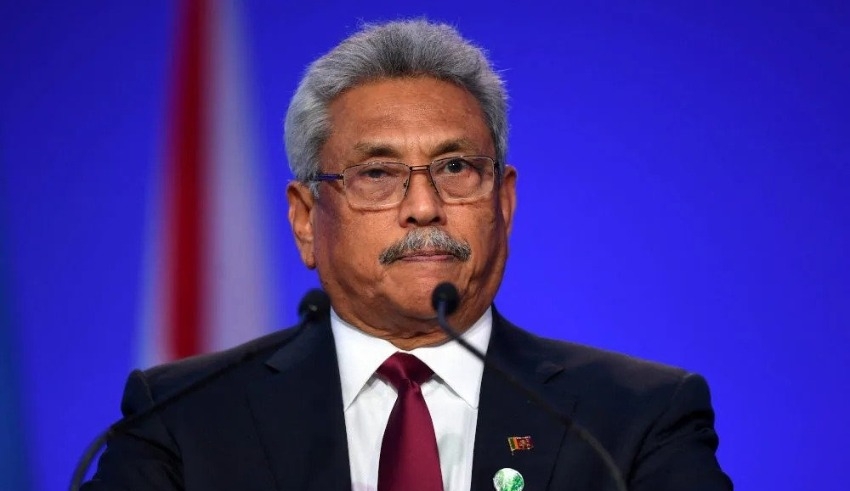 According to Foreign Affairs, the Sri Lankan government has filed a request to Thailand for its former president Gotabaya Rajapaksa to enter the country.
(c) Rappler

According to Mr. Tanee Sangrat, director general of Thailand’s Information Department, Foreign Affairs Ministry, on Wednesday, the Sri Lankan government has filed a request to Thailand for its former president Gotabaya Rajapaksa to enter the country. Gotabaya Rajapaksa is seeking asylum in Thailand (Aug 10).

“The present government of Sri Lanka made a request to the Thai side for the former president to enter Thailand. This request was received by the Thai side. The consideration was given in light of the long-standing and amicable ties that exist between the two nations,” said Mr. Tanee in a statement to the media.

After reading a report that the former president of Sri Lanka is scheduled to come to Thailand on Thursday, he made his statement in response to the news. Mr. Rajapaksa fled his country a month ago in the midst of widespread demonstrations over the country’s ongoing economic difficulties.

Before landing in Singapore on July 14, he first made his way to the Maldives via airplane. According to what CNA has been told, his short-term visit pass was then extended till August 11.

Vivian Balakrishnan, Singapore’s Minister for Foreign Affairs, stated that Mr. Rajapaksa was “not offered any advantages, immunities, or hospitality.”

Tanee claims that Mr. Rajapaksa is not attempting to find refuge from political persecution in Thailand.

“According to the 2013 Agreement on Visa Exemption between Thailand and Sri Lanka, the former president has the ability to enter Thailand without the need for a visa for a period of up to ninety days. The purpose of this stop is only transitory in nature, as more travel is planned. There has been no application for asylum on political grounds,” In the statement, Mr. Tanee is quoted as saying.

After missing its interest payment on its debt in May, Sri Lanka is now considered to be officially in default. The country’s depleting reserves of foreign currency have wreaked havoc on the economy, wreaked havoc on imports, and caused shortages of gasoline, medication, and other necessities.

The rising cost of living in the country has left many residents feeling helpless, and inflation reached a record high of 60.8% in July of this year.

Following his departure from Sri Lanka, Mr. Rajapaksa handed in his resignation letter while he was in Singapore. A month ago, his position was taken over by Ranil Wickremesinghe, who had previously served in that capacity.