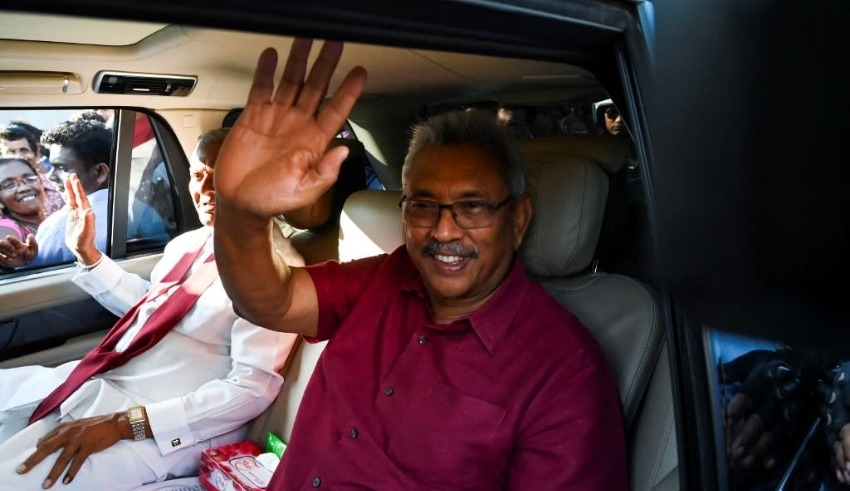 He was known as "The Terminator" for his role in ending Sri Lanka's long-running civil war, but he's now a wanted man and the country's economy is in ruins.
(c) Today Online

SRI LANKA: He was known as “The Terminator” for his role in ending Sri Lanka’s long-running civil war, but he’s now a wanted man and the country’s economy is in ruins.

From 2005 to 2015, Rajapaksa served as Sri Lanka’s defense secretary, one of four brothers who have dominated recent Sri Lankan politics.

His tough-guy image was bolstered by reports that his troops slaughtered at least 40,000 Tamil civilians in the final months of the war.

Dissidents and journalists were seized from their homes and taken away in unmarked vehicles under Mahinda in “white van” abductions.

Having Sinhala-Buddhist support, he was convinced he would win the 2019 elections.

Sri Lanka’s shortest-lived elected leader was Rajapaksa, who left less than three years into his term.

Four days after his presidency fell and protesters overran his residence, the 73-year-old despot flew to the Maldives on Wednesday.

Protests for months demanded his resignation due to an economic disaster aggravated by incompetence caused by the coronavirus pandemic.

A Tamil lawmaker referred to the former soldier’s lack of political experience as a vulnerability.

“His lack of political awareness revealed,” Sithadthan said, “He jumped from crisis to crisis.” He had the impression that issuing commands would have an effect.

However, both the economy and law-and-order were in jeopardy because of him.

Rajapaksa promised “Vistas of Prosperity and Splendor,” but the United Nations says the country is in need of aid.

Tourists and international remittances were negatively impacted by the coronavirus outbreak, leading to a foreign exchange crisis.

Food, gasoline, and medical supplies have been in short supply since late last year, and poverty is growing.

Under Rajapaksa’s leadership, Sri Lanka’s foreign debt fell due in April. Bankruptcy and skyrocketing prices were the order of the month in June.