The Asian Affairs > Latest News > World > By lifting its veto, Turkey has opened the door for NATO expansion to Finland and Sweden 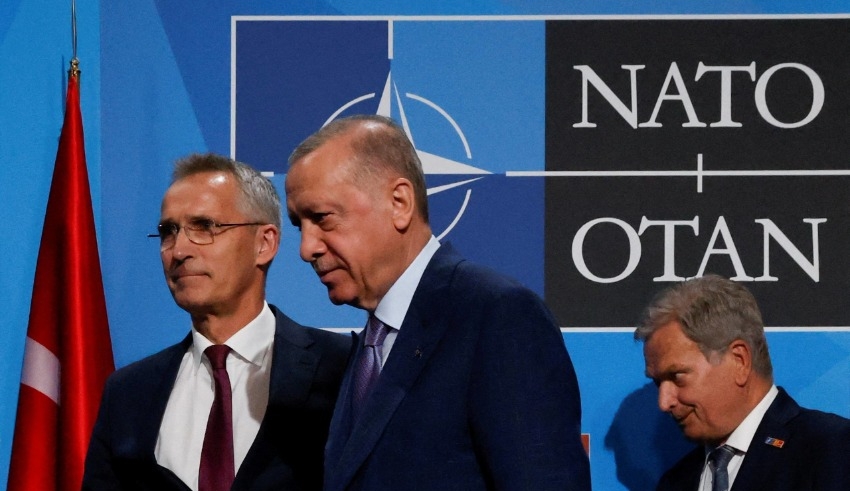 SWEDEN: In the wake of the three states’ agreement to protect each other against Russia’s invasion of Ukraine, Turkey, a NATO ally, dropped its veto on Finland and Sweden joining the Western alliance on Tuesday (Jun 28).

There had been a four-hour deadlock shortly before NATO’s annual meeting began in Madrid, and the breakthrough prevented a humiliating standstill at the gathering of 30 leaders who were hoping to display unity against Russia, which is no longer merely an adversary but a direct threat.

So Helsinki and Stockholm can go forward with their application to join NATO, reinforcing what is expected to be Europe’s biggest shift in decades in European security, as the two long-neutral Nordic countries seek NATO protection.

Niinisto noted that the next two days will see the finalization of the processes for Finland and Sweden’s NATO membership.

“Sweden, Finland, and Turkey have just signed a major agreement. opens the door for Sweden to join NATO,” said in a tweet by Andersson.

NATO’s reaction to Russia has been strengthened by the end of the deadlock, especially in the Baltic Sea, where Finnish and Swedish participation would provide NATO military superiority.

Norway, Denmark, and the three Baltic republics are already members of NATO, as is the rest of the Nordic region. It was Russia’s “special military operation” in Ukraine that overturned Sweden’s decades-long stance against NATO membership.

The agreement was applauded by President Biden and British Prime Minister Johnson.

“This is an important step towards inviting Finland and Sweden to NATO, which will strengthen our Alliance and boost our collective security,” President Biden wrote on Twitter.

To kick off the summit, Johnson termed it “great news.”

Finland, which shares a 1,300-kilometer border with Russia, and Sweden will now be officially “invitees” to NATO, NATO Secretary-General Jens Stoltenberg stated. “The door is open – Finland and Sweden will join NATO,” he said to the media.