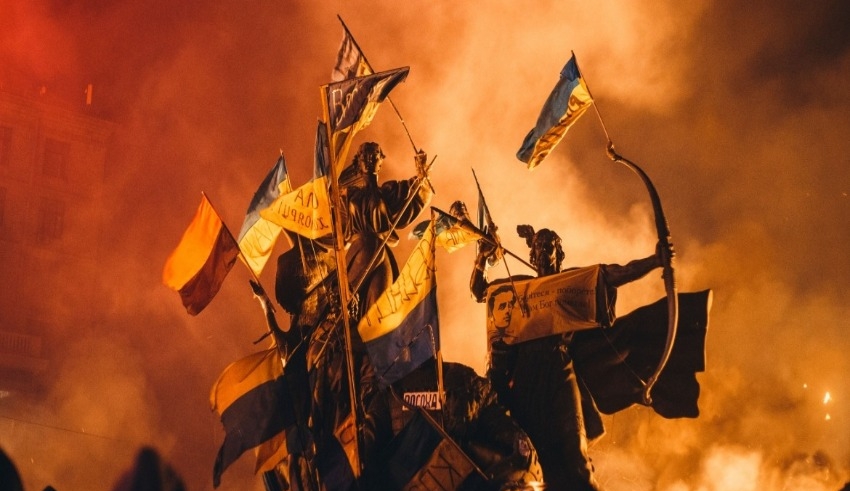 Russia has fired 62 missiles at Ukrainian targets in the preceding 24 hours, but defenses only managed to knock down a few of them, according to Zelenskyy.
(c) ASU News

KYIV: The Ukrainian city of Kyiv was hit by Russian missiles on Sunday (Jun 26), which US President Joe Biden described as “barbarism” as international leaders convened in Europe to debate new measures against Moscow.

It was the first time Kyiv had been shaken by an attack of this magnitude in weeks when up to four explosions rattled central Kyiv.

According to Andriy Yermak, head of the President’s administration, the Russians struck again in the Ukrainian capital, Kyiv. An apartment building and a kindergarten were destroyed by missiles.

In the vicinity of a playground in a kindergarten, a Reuters photographer noticed a massive bomb crater with smashed glass.

Deputies said one person was murdered and six were injured in today’s shootings. There were further explosions in other parts of the city, he claimed, which could have been air defenses taking down other missiles.

An important eastern Ukrainian city has been taken over by pro-Russian forces this weekend as a result of increased Russian airstrikes.

President Joe Biden referred to the missile strikes on Kyiv as “more of their brutality” as leaders from the G7 rich countries convened in Germany for a conference.

Ukrainian Foreign Minister Dmytro Kuleba has urged the G7 nations to impose additional sanctions on Russia and to supply more heavy weaponry to Ukraine in response to the recent missile attacks.

Britain’s Prime Minister Boris Johnson called for a united front against Vladimir Putin in the face of Russian aggression.

On the other hand, “the price of enabling Putin to succeed, to hack off big portions of Ukraine and continue his agenda of conquest, that price will be much higher,” he warned reporters.

The G7 nations advocated a restriction on Russia’s gold imports at Sunday’s meeting of the group.

Following months of strong opposition, the Russian march into Kyiv was finally being repulsed, but air raid sirens are still constantly heard across the city.

Since the beginning of June, there had been no significant attacks on Kyiv.

Volodymyr Zelenskyy, Ukraine’s president, revealed in his nightly speech that a seven-year-old girl had been rescued from the wreckage of a nine-story apartment building. In the strike, the girl’s father was slain, he said.

At least six long-range missiles were fired from a Russian bomber more than 1,000 kilometers away in the southern Russian district of Astrakhan, according to a Ukrainian air force official.

Russia has fired 62 missiles at Ukrainian targets in the preceding 24 hours, but Ukrainian defenses only managed to knock down a few of them, according to Zelenskyy on Sunday.

One person was killed and five others were injured when Russian missiles attacked the center city of Cherkasy, which had been mostly spared from shelling until now, according to regional authorities.

President Oleksiy Arestovych said the attack also hit a critical bridge that connects western Ukraine to the eastern front lines of the conflict. According to Reuters, “They are trying to limit the transfer of our reserves and Western weapons eastwards,” he said.

In an apparent reference to the strikes that Ukraine reported on Saturday, Russia’s defense ministry claimed that it had deployed high-precision weaponry to strike Ukrainian army training centers in Chernihiv, Zhytomyr, and Lviv. Both Kyiv and Cherkasy were hit by attacks on Sunday, but there was no quick reaction.

Despite Russia’s denials, Ukraine and the West accuse Russian forces of war crimes in a battle that has killed thousands, displaced millions, and devastated entire cities.