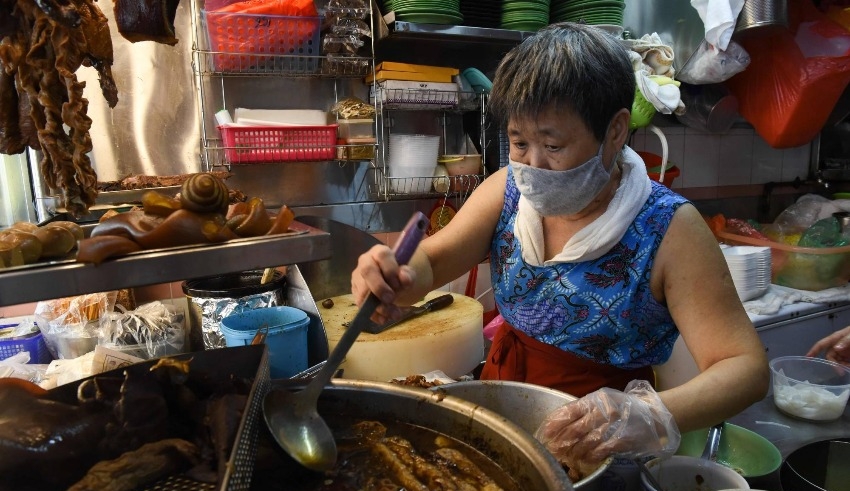 PM termed the scenario "worrying," but noted that countries limiting their export markets when supplies diminish and prices rise is "not that surprising."
(c) The Japan Times

SINGAPORE: Prime Minister Lee Hsien Loong said on Saturday that Singapore must do more to diversify its food sources since countries across the world are likely to continue prioritizing local supply in the face of rising prices (Jun 25).

After attending the Commonwealth Heads of Government Meeting in Kigali, where he advised countries not to turn protectionist in the face of supply chain disruptions caused by a pandemic, Mr Lee spoke to the Singapore media.

He termed the scenario “worrying,” but noted that countries limiting their export markets when supplies diminish and prices rise is “not that surprising.”

It was brought up that because of disruptions in grain exports due to the Ukraine conflict, feedstock has been scarce and poultry prices have gone up as a result.

Countries are under pressure, and they will do what they need to. It’s not in accordance with WTO regulations (World Trade Organization). When supplies are low, you should not close your markets. But this is what governments do when they are under pressure, he remarked.

During that time, Singapore was apprehensive about its chicken, vegetables, and carbohydrate supplies, according to Mr Lee, who noted that authorities had begun growing food stockpiles and diversifying imports from other countries.

Singapore imported nearly one-third of its poultry products from Malaysia in 2021; these were virtually entirely live chickens that had been killed and chilled in Singapore.

The ban on Singapore importing live kampung and black chickens was partially lifted by Malaysia on June 14 and is now fully abolished.

Mr Lee said, “It’s helpful” for Singaporeans to be more understanding of the circumstances and to be more adaptable in their dietary preferences.

The battle in Ukraine, which Mr Lee expects to “go on for some time,” was also on the table when he met with other Commonwealth leaders.

After weeks of some of the war’s deadliest combat, Russian forces took full control of the eastern Ukrainian city of Sievierodonetsk on Saturday. This confirmed Kyiv’s greatest battlefield setback in over a month.

According to Mr. Lee, this is bad news for the two countries, as well as the rest of the globe, because the war will bring “uncertainty, instability, tensions, the likelihood of miscalculation and escalation, wider expansion of the fight.”

Singapore is facing an increasing number of COVID-19 cases as a result of the BA4 and BA5 subvariants, and the war’s “side effects,” such as inflation and food supply problems, come as the pandemic is not yet ended, Mr Lee added.

Mr Lee expressed concern for smaller countries when tensions rise between major powers, especially if they are pushed to take sides.

For his part, Mr. Lee sees a “competition” between the US’ Indo-Pacific Economic Framework and China’s Global Development Initiative as two examples of global economic programs that contain contrasting ideas.