The Asian Affairs > Latest News > Geo Politics > Due to surging oil crisis, there is a probable thaw in UAE-Saudi and American relations 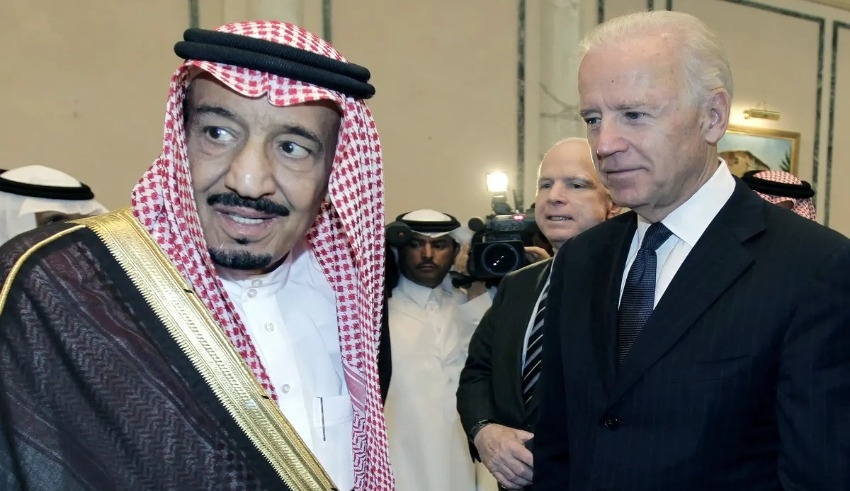 With UAE and Saudi controlling global energy markets, Biden’s most rational course of action is to strengthen diplomatic ties with the aforementioned nations.
(c) The Guardian

UAE: Middle Eastern countries have taken notice of the Biden administration’s commitment to focusing more on China than on the historically problematic region. When it comes to Iran’s regional ambitions, the Palestinian conflict, or other security threats, Israel, Saudi Arabia, and the United Arab Emirates are forging new alliances and hedging their bets because they are concerned that a Washington, D.C. that is mainly concerned with China and domestic woes will not be there for them.

However, it is not so easy for America to maintain frosty relations when almost every nation is experiencing a decline. It is clear that Biden does not want to further lose the UAE and Saudi, especially in this time period.

President Biden’s energy and national security advisers have been working feverishly to raise global oil output in the face of rising costs triggered by Russia’s conflict in Ukraine. Saudi Arabia and the United Arab Emirates, the two main targets of the endeavor. With a combined 40 percent of world oil production, OPEC’s 13 members include both countries.

Over the past months, the UAE ambassador in Washington, Yousef Al Otaiba, revealed that his country intends on encouraging OPEC to boost its oil production. Oil prices fell by the greatest single-day drop in over two years following OPEC’s announcement that the group will not be increasing supply.

Officials claimed the remarks reverberated across the West Wing and contributed to a sense of hope that things were moving in the right direction.

The reality is that most of the spare oil capacity that US energy authorities are looking at comes from the Middle East. In particular, government officials and industry participants believe that increasing Saudi Arabia’s output is the fastest method to get more oil onto the market. Thus, Biden’s most logical step is to strengthen diplomatic relations with particularly the UAE and Saudi as they control energy prices globally.

However, they hit a stump: according to the French president, the ruler of the United Arab Emirates disclosed to him that OPEC’s two main oil exporters are already pouring practically as much oil as they can, hitting a “maximum.”

As a response to Russia’s February 24 invasion, the United States and a coalition of more than 30 other countries imposed wide-ranging sanctions on the country’s financial sector.

Russia’s second-largest export market has been roiled by sanctions aimed at protecting Western partners like the European Union from potentially disruptive price shocks. Although, no energy penalties were implemented. Since Russia’s sanctions were imposed, fresh orders for oil have been difficult to secure because the sanctions have impacted Russia’s central bank as well as its top financial institutions.

As a result of the economic downturn, supply has been disrupted. Despite Russia’s continued oil output, many of those barrels have never made it to market since global energy corporations have ignored the country.

According to UAE energy minister Suhail Al Mazrouei, Abu Dhabi is producing at or near the maximum levels allowed by its agreement with OPEC+. This agreement will be up for renewal in a few months.

Official data from the two Persian Gulf energy giants contradict Macron’s estimates, which show that the global oil market’s buffer of spare production capacity is practically gone, hindering efforts to constrain Russian supply in protest of the invasion of Ukraine.

The French President elaborated that the UAE leader told him two things, which one is that they are at maximum oil output levels already which amounts to UAE’s utter commitment in that regard. Secondly, MBZ, as the UAE leader is favorably known, told Macron that the Saudis can increase by just a little, about 150,000 barrels a day or more. But, he also expressed that they do not have huge capacities which are not probable to be activated in less than six months.

In the face of Russia’s invasion of Ukraine, which has the potential to cause the greatest disruption to energy supplies in decades, Biden is forced to change course, recalibrating an alliance that is becoming increasingly critical to global economic growth—and which is also at its most strained level in years.

In these uncertain times for the oil market, Saudi Arabia, the world’s largest crude oil exporter, once again has the power to impose its will. One billion dollars per day comes from oil, and Saudi Arabia’s economy is predicted to grow at the fastest rate of any G-20 country.

As of June 2, OPEC+, a group of major oil producers effectively led by Saudi Arabia, had agreed to speed up output increases after months of rebuffing American demands. It is an important first step in a global effort to punish Russian exports with sanctions.

Bob McNally, president of Washington-based Rapidan Energy Group and a former White House official, says that “both sides wanted to see relations stabilized.” According to the president, “the importance of stable oil and gas prices has been rediscovered—and specifically the critical role that Saudi Arabia has played.”

By this time, there is a beaming reality among us: in order to stabilize the oil market, President Biden is in need of an ally. Fuel prices in the United States have already broken a record, and the holiday driving season is just beginning. Inflation has become a political issue for a president whose approval rating is hovering around 40 percent as he prepares for the midterm elections.

Western efforts to isolate Russia could benefit from Saudi cooperation, but experts expect Riyadh will continue to work with Russia to manage oil output and prices for the foreseeable future. As demonstrated most recently during the 2020 pandemic, the OPEC+ alliance has served both countries too well to be easily abandoned.

The symbolism of a shift back toward the United States, especially with the US-China rivalry in mind, may provide some reassurance to oil markets. White House may need to ask the Saudis for ever greater volumes of Russian crude replacement if conflict in Ukraine continues, increasing their influence.

Foreign policy analyst Bill Farren-Price, director of Enverus Intelligence Research and longtime OPEC watcher says that “the frost is melting” in Saudi-American diplomatic relations. “However, there is still a long way to go before normalization.”

Reportedly, President Biden is set for travel to the Middle East in the coming months as he seeks to manage surging fuel prices.