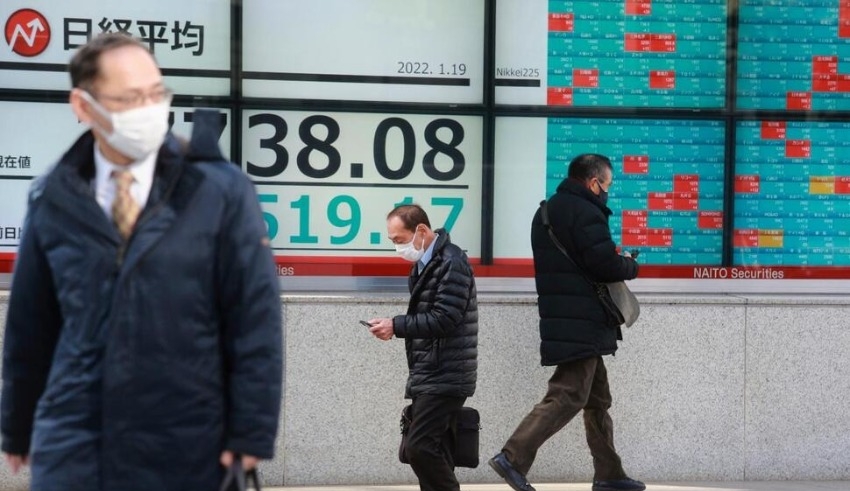 With interest rates expected to rise and a possible recession looming, investors keep an eye on the yields on Treasuries and the dollar which are staying low.
(c) US News

With interest rates expected to rise and a possible recession looming, investors kept a close eye on the yields on Treasuries and the dollar, which stayed at its lowest level in more than a week.

Both the Shanghai Composite and the Hang Seng of Hong Kong gained 0.54 percent and 1.46 percent, respectively, on the day.

The broadest index of Asia-Pacific shares tracked by MSCI increased by 1.31% today.

U.S. stock futures, on the other hand, indicate a 0.25 percent drop when the markets reopen on Monday. Friday saw the S&P 500 rise more than 3% in addition to the over 1% increase it had made on Thursday.

A lack of news or other new factors means that “we’ve had a solid end to the week in the U.S. markets, and I think that’s going to be the major scene here in Asia,” said Rob Carnell, chief economist for Asia-Pacific at ING.

Oil prices dipped on Monday in choppy trading amid worries about a slowdown in global economic growth and the potential loss of Russian supply as a result of sanctions over the Ukraine war.

The long-term Treasury yields in the United States were hovering around 3.13 percent after rising off a two-week low just above 3 percent at the end of last week as traders trimmed bets on rises next year but still worried if strong tightening this year could precipitate a recession.

Yields have fallen from 3.456 percent, the highest in more than a decade, before the Fed’s mid-month meeting, which was held this week. A 75-basis point rate increase, the largest since 1994 and a signal that a similar move could be made in July, followed.

In a letter to clients, Westpac rates strategist Damien McColough stated that “the market remains concentrated in the trade-off between the policy response to high inflation and fears of a harsh landing.”

On Monday, the dollar remained steady against the major peers, where it has been consolidating near the lowest levels since the middle of the month.

The dollar index, which gauges the currency’s strength against six other currencies, remained unchanged at 104.01, following a slow decline toward the June 17 low of 103.83 during the last two days.