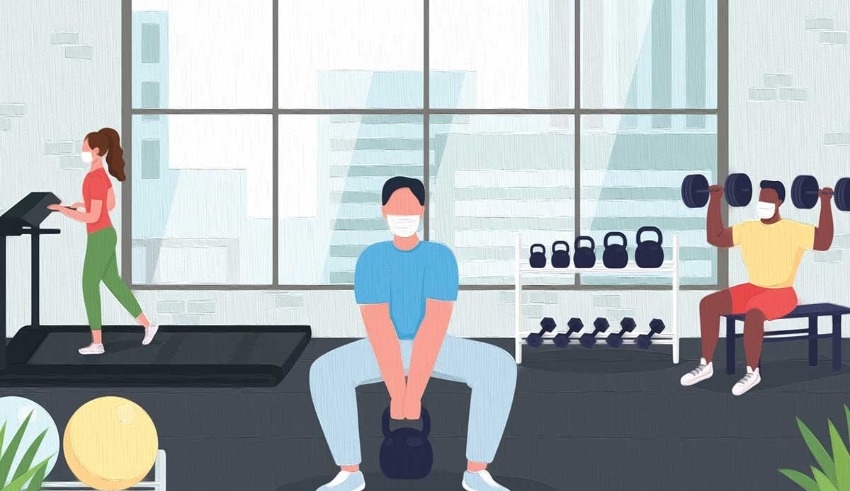 In the meantime, another 292 movies featuring SWO Leong’s rough voice have since been uploaded to the platform. These videos range from parody – anyone for five sets of “daprata”? – to people discussing their own exercise routines.

How did he react when he found out that his post had gone viral?

The Chief Master Trainer for the Singapore Armed Forces’ Centre of Excellence for Soldier Performance (CESP), who is 55 years old, provided further insight to CNA Lifestyle.

In his home in western Singapore, where a substantial amount of space was dedicated to a “little military museum,” he had just finished a run of 5 kilometers, in case you were wondering how enthusiastic he is about fitness and his career. In addition, he had just finished working out.

He stated, in reference to the video that was uploaded to TikTok, “I’m extremely delighted that I’m able to inspire a lot of people to get active. A significant number of people have relayed to me that it motivated them to begin a new fitness regimen as a direct result of being inspired by it.”

On the other hand, SWO Leong does not believe that he is capable of having a significant impact on his own. “I would say that what I’m doing is only a very small role. We have the potential to build a better and healthier community if more individuals participate in the same activity.”

When asked how his family felt about him becoming so prominent on social media, he responded that his wife and daughter were “proud of him for motivating others.” He went on to say that his daughter was the one who initially brought to his attention the amount of attention that his interview had received.

“Her classmates, her boyfriend who was serving in the army, and other friends who were serving their country in National Service had emailed her the TikTok asking, ‘Is this your father?'”

Naturally, people were curious as to how he had come up with such a strenuous program, especially considering the fact that he follows it on a regular basis.

He stated that “It didn’t form all of a sudden. It came together piece by piece over time. On the one hand, all I want is to maintain my current level of fitness so that I can enjoy a joyful life with my wife and kid. On the other hand, maintaining a healthy body is an integral component of my profession.”

In spite of the fact that his emotional and mental health are the driving forces behind his rigorous physical fitness routine, he emphasized that it is informed by the Singapore Air Force’s “adopting sports science to improve our present physical fitness training programmes.” These programmes include the NS Fitness Improvement Training program, which is designed for national servicemen.

It was discovered (once again, thanks to the power of social media) that in addition to his full-time employment in the military, SWO Leong leads free exercise courses for members of the general public every weekend at the Jurong West Sports Centre.

The question now is, how did that occur? He explained that it was a natural course of events. “Around five and a half years ago, when a small number of army regulars and I convened for workouts there, that’s when it all started.” Several others who were walking by asked if they could participate in our activities and if they could pay for the lessons.

On the other hand, they turned down the money. “We invited them to come have some fun with us, and most importantly, to work on their fitness together,” we said to them.

He then asked the commander of the CESP if he could continue with the classes, and he was granted permission to do so by that individual as well. “He stated that it is beneficial to assist in the promotion of a healthy lifestyle.”

Who exactly signed up for these classes was something that piqued our interest. SWO Leong gave an anticipatory response, saying, “You’d be astonished; the age range of the group is from 13 to 65 years old.” Every one of them is able to replicate my workout and complete 10 sets of Tabata in one hour, which is something that some younger people can’t even do!

“Some of them have been with us from the very beginning, and one of the tangible differences that we can see is that over time they have become thinner – we ask them to take photos each year for comparison – and they feel more energized and less breathless on a daily basis.”

They have even brought along their sons who are in the process of enlisting in the military. There was one who only passed his pre-enlistment Individual Physical Proficiency Test after he had joined us six months before joining the military (IPPT). After a period of six months, he received a silver medal for his initial individual physical fitness test (IPPT) while undergoing Basic Military Training (BMT). Eventually, he received a gold medal for his final IPPT before BMT was completed.

He explained that not only have these sessions helped him establish a sense of community with his newly discovered peers, but that they have also helped strengthen his marriage, which he described with great enthusiasm as being “lovely.”

“Sometimes she leads yoga sessions as a supplement to the high-intensity workouts that I lead, so that participants may stretch and relax,” says the person who leads the workouts.

When SWO Leong was speaking with us, he made several references to the significance of maintaining a consistent fitness program, and this is a principle that he has also instilled in the members of the exercise group that he leads. “Without fail, we will be present there each and every weekend and public holiday. In the event that it starts to rain, we will shift our session inside to the covered area.”

We were curious as to whether or not he has considered making the transition into the fitness business after his service in the Singapore Armed Forces comes to an end in December 2022. He mentioned that a number of people had proposed it to him, which is logical given that his enthusiasm for physical activity is obvious to everyone around him.

On the other hand, SWO Leong has absolutely no interest in pursuing a career in the fitness industry, and he is already in the process of transitioning into his post-SAF employment anyway. He explained, “If I take on fitness as a permanent job, it would reduce my love for helping people.”

“If I worked for a for-profit fitness company, they would have specific programs they’d want me to follow and criteria I’ll be limited by, which would prevent me from being able to do more with the information I have to serve their customers. “

Have you been pumped up for a high-intensity workout after reading everything that was just discussed? Or are you more anxious about getting started on your own path to physical fitness? Don’t worry, SWO Leong has some advice for you regardless of the situation.

He remarked, “If you’re just getting started, I would strongly suggest that you stick with your exercise routine for at least three months. Only then will you be able to transform it into a habit.” You need to pay attention to what your body is telling you, move at a pace that is comfortable for you, and don’t forget to stretch before and after you exercise. Because they don’t do that, a significant number of people sustain injuries.

“Exercise is only one component of a healthy lifestyle; thus, you also need to strike a balance between the foods you eat and the exercises you perform.”

How then can we tell when the activities that we are doing are having an effect on our bodies? SWO Leong continued by asking, “Is there anything that you can see?” You can take pictures of yourself at various points along the way to keep track of your progress.

“Another piece of advice I provide to the people in my fitness group is to focus on how they feel for themselves. For example, going to the market requires you to make purchases, carry them with you, and walk up and down several flights of stairs.”

“If, after working out for a month, you feel less breathless and are more able to carry your groceries without feeling too weary, it is another practical way for you to sense your improvement.”