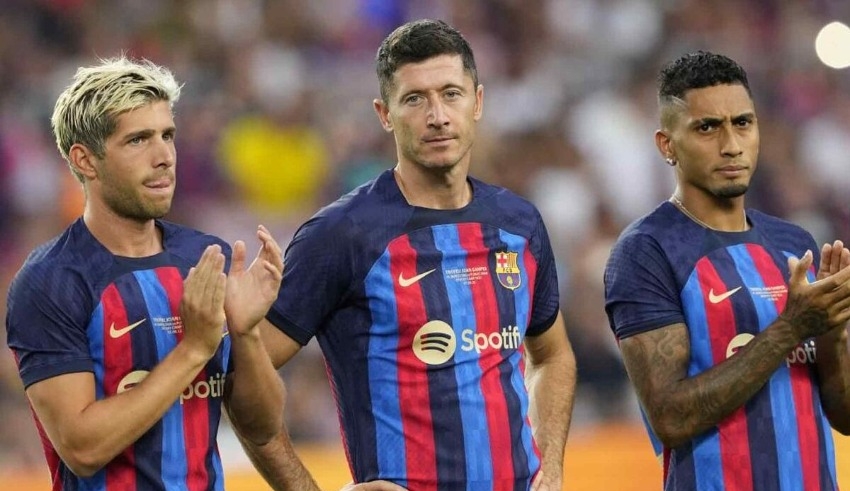 According to a source close to the La Liga competition, Barcelona has already registered four of its recently signed players in advance of their season opener.
(c) Sport Rated

According to a source close to the La Liga competition, Barcelona has already registered four of its recently signed players in advance of their season opener, which will take place at home against Rayo Vallecano on Saturday.

In order for Barca to register their new recruits, they were required to meet the salary cap set by LaLiga. However, when the final lever was triggered, numerous “economic levers,” including new investment deals, released funding.

In order for Barcelona to sign Kounde, a French defender who is currently 23 years old, the club would need to clear some “salary mass.”

Players who renewed their contracts during the offseason were also affected by the limits imposed by LaLiga, although striker Ousmane Dembele and defensive midfielder Sergi Roberto have now also been registered.

In order to compensate for their losses, lower their debt, and satisfy the requirements of LaLiga’s financial fair play laws, Barcelona have been employing a variety of strategies to boost their earnings.

In order to fulfill their financial obligations, the club announced on Friday that they had sold a 24.5% ownership in their audiovisual studio to the production company Orpheus Media for the sum of 100 million euros ($102.58 million).

In an agreement that was finalized with the digital fan token company Socios.com at the beginning of this month, Barca agreed to sell 25 percent of their ownership in Barca Studios.