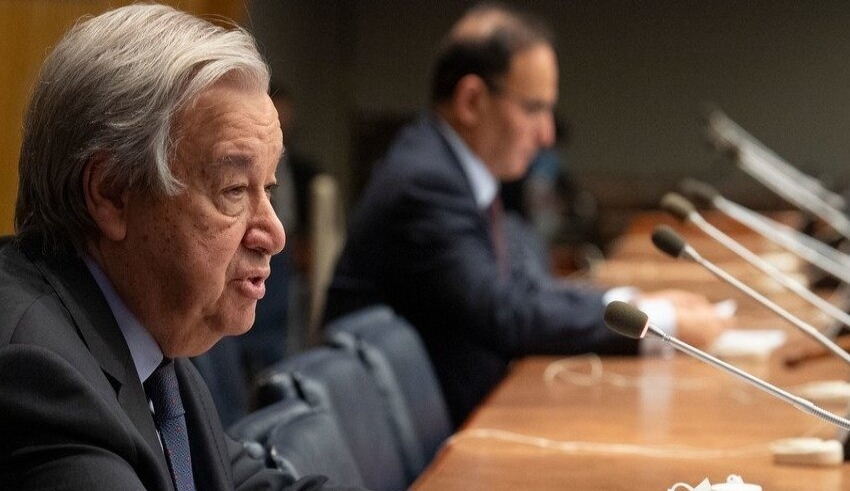 The UAE is committed to a nuclear-weapon-free world and the Treaty on the Non-Proliferation of Nuclear Weapons as the foundation of the disarmament of it.
(c) UN News

The UAE has reaffirmed its commitment to sustaining and strengthening international peace and security through the establishment of a nuclear-weapon-free world and the Treaty on the Non-Proliferation of Nuclear Weapons as the cornerstone of the disarmament and non-proliferation system.

In a remark made during the thematic debate on nuclear weapons at the United Nations, the UAE expressed its sorrow that the Final Document of the Review Conference of the Treaty on the Non-Proliferation of Nuclear Weapons was not accepted for a second consecutive year. In this context, she stressed the importance of the Conference to the regime of disarmament and non-proliferation. Accordingly, the UAE recommended engagement, dialogue, and the implementation of all measures aimed at advancing this objective.

In its statement, the UAE reiterated its request for all nations to adhere to international agreements and instruments pertaining to nuclear security and safety, emphasizing that these commitments would strengthen world peace and security. In addition, it emphasized the significance of adopting a transparent approach to the peaceful use of nuclear energy in conformity with applicable treaties, most notably the Treaty on the Non-Proliferation of Nuclear Weapons.

The UAE expressed its desire to participate in the third session of the Conference on the Establishment of a Zone Free of Nuclear Weapons and Other Weapons of Mass Destruction in the Middle East in November, highlighting the importance of the full and effective participation of all conference participants.

It is the obligation of Annex II countries to strive to sign and ratify the Comprehensive Nuclear-Test-Ban Treaty, she stated, given the increasing dangers posed by the continuous presence of nuclear weapons and their continued possession and development. The UAE also emphasized the importance of the safeguards system of the International Atomic Energy Agency, which provides a trustworthy framework to ensure that nuclear materials and infrastructure are exclusively utilized for peaceful reasons.

The United Arab Emirates declared that, in accordance with its commitment to the non-proliferation system, it has concluded a “comprehensive safeguards” agreement with the International Atomic Energy Agency and signed its supplementary protocol. It underlined its demand for states with questions regarding the nature of their nuclear activities to give the required cooperation and reply in a way based on the IAEA’s inquiries, while taking all efforts necessary to restore confidence in the solely peaceful character of their programs.

The ambassador voiced UAE dismay at the delay in convening the 2012 Conference of the Non-Proliferation Treaty (NPT) and urged meeting organizers to convene the conference as soon as as “in order to retain the NPT’s legitimacy.”

Ms. Nusseibeh urged Israel to join the NPT, as it is the only nuclear-armed country in the Middle East and the only one not to have signed the treaty.

She stated that the United Arab Emirates has a “clear position” on the issues of nuclear disarmament and non-proliferation, based on the country’s full accession and implementation of all relevant international conventions, including the NPT, the Comprehensive Nuclear-Test-Ban Treaty, and the Arms Trade Treaty, which it signed just recently.

Ms. Nuseibeh expressed alarm on the possible undermining of international peace and security by the international community’s lack of progress in securing nuclear disarmament and non-proliferation.

She continued by reiterating the UAE’s plea to the international community to initiate the process under the Conference on Disarmament for the establishment of the Fissile Material Cut-off Treaty in response to North Korea’s nuclear test this year.

The envoy emphasized the UAE’s support for international efforts to boost nuclear security and announced that Abu Dhabi will host the IAEA International Conference on the Safety and Security of Radioactive Sources next month, citing the growing threat of nuclear terrorism.