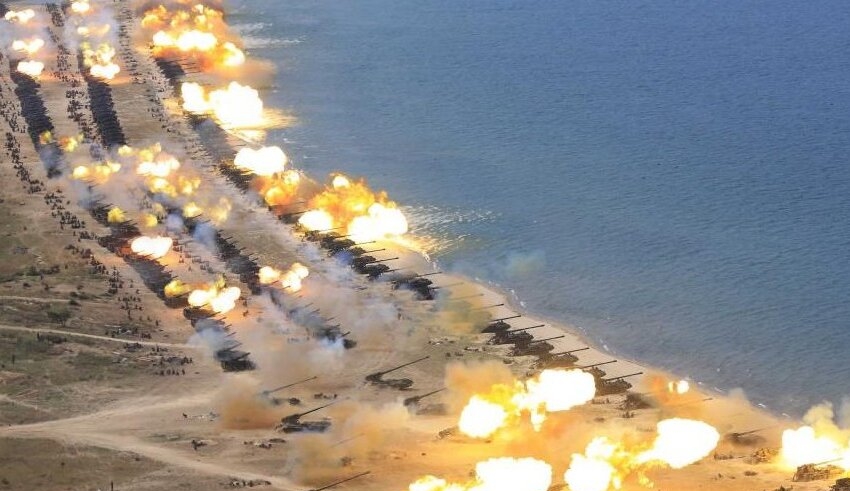 According to the military of South Korea, armed forces of North Korea reportedly fired artillery shells off of both the east and west coasts of their country.
(c) UPI

The North Korean military reportedly fired artillery shells off its east and west coasts on Tuesday (October 18), according to the military of South Korea.

The Joint Chiefs of Staff issued the following statement, which was published by Yonhap: “We firmly urge North Korea to immediately stop its acts.”

The statement went on to say that “North Korea’s continuous provocations are activities that jeopardize the peace and stability of the Korean Peninsula and the international community.”

The most recent military action taken by North Korea came just after South Korean troops began their annual Hoguk defense drills on Monday. These drills are intended to strengthen South Korea’s ability to respond to the nuclear and missile threats posed by North Korea.

These exercises are the most recent in a string of military maneuvers that South Korea has been conducting over the past few weeks, some of which have been conducted in conjunction with the United States and Japan. They are scheduled to come to a close on Saturday.