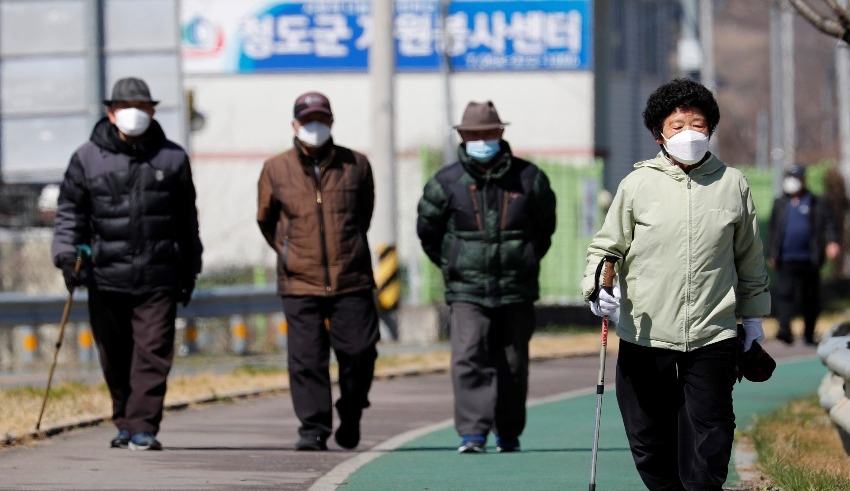 Kim Jong-un announced North Korea's victory over COVID-19 and ordered the relaxation of maximum anti-epidemic measures that had been imposed in May this year.
(c) Reuters

According to reports from state media on Friday, September 9, the leader of the reclusive nation of North Korea, Kim Jong-un, has indicated that the government may commence COVID-19 vaccinations in the month of November.

Kim referenced warnings from the World Health Organization during his address to the North Korean national parliament on Thursday, September 8. The warnings indicated that the winter season may witness an increase in the number of coronavirus illnesses.

“Therefore, in addition to responsible immunization, we should urge that all people wear masks to protect their health beginning in November,” he stated, without providing any further explanation. “This is to protect against the spread of the disease.”

Although North Korea has not verified the administration of any COVID-19 immunizations, according to customs records, it has acquired some vaccines from China this year. However, these vaccines have not been specified.

Kim Jong-un announced North Korea’s victory over COVID-19 and ordered the relaxation of maximum anti-epidemic measures that had been imposed in May. However, Kim added that North Korea must keep a “steel-strong anti-epidemic firewall” in place.

It would appear that North Korea does not have the resources necessary to carry out broad testing, which is why the country has never disclosed the number of people who contracted COVID.

Instead, it has been reporting daily numbers of patients with fever, with the total number reaching approximately 4.77 million out of a population that is estimated to be around 25 million. However, it has said that there have been no new cases of this kind since July 29 and that the current mortality toll stands at 74.

Due to what appears to be a paucity of testing capacity in North Korea, a number of experts, including the WHO, have expressed their skepticism over those estimates.