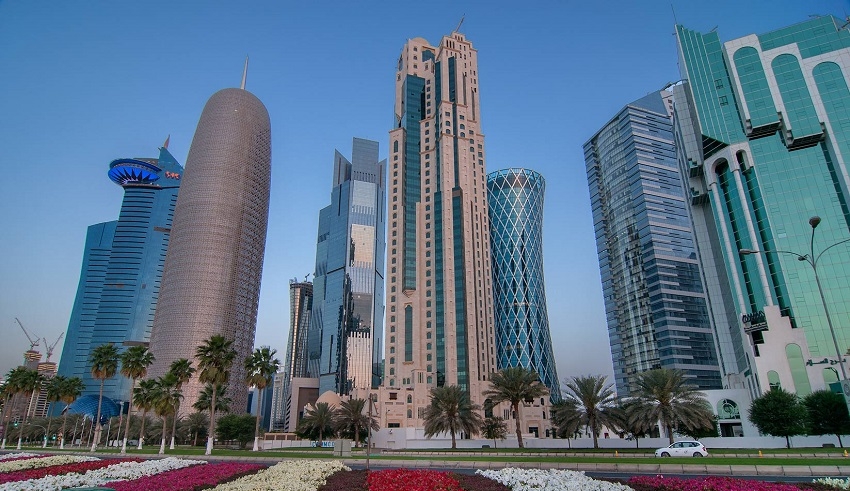 Anyone who’s on the internet knows that Asia houses a strong majority of the world’s billionaires, hence the movie, “Crazy Rich Asians.” But, have you ever wondered which is the richest country in Asia?

In terms of both nominal and purchasing power parity GDP, the economy of Asia is expanding at a faster rate than any other region in the globe. Although it would be the quickest option, the economic differences in the richest country in Asia are a key source of the ongoing tension that exists there.

While China, Japan, and India continue to be global economic powerhouses, and while Indonesia, Malaysia, the Philippines, Thailand, Vietnam, Bangladesh, and Sri Lanka have started along the path to long-term prosperity, territories immediately adjacent to these countries are in desperate need of aid.

However, despite this glaring inequality, the rich of the rich can still be found in these countries.

Below, we’ve listed the top 10 richest country in Asia.

First on the top 10 richest Asian country is Qatar. It is situated in Western Asia and has a border with the monarchy of Saudi Arabia, a member state of the Gulf Cooperation Council (GCC), to the south. The rest of its territory is bounded on all sides by the Persian Gulf. The shipment of petroleum and liquefied petroleum gas abroad is the primary driver of its economy.

Second on the list of the richest asian country is Macao SAR, China. It is a self-governing region located in East Asia, on the opposite bank of the Pearl River estuary from Hong Kong. Tourism accounts for a significant portion of its gross domestic product, but export-oriented textile and garment manufacturing, banking, and other financial services also play important roles in the economy.

Third on the list is a popular and rich Asian country for tourists which is Singapore. It is located in Southeast Asia and is both a sovereign city-state and an island country. A global hub for education, entertainment, finance, healthcare, human capital, innovation, logistics, manufacturing, technology, tourism, trade, and transportation, it is also a center for the arts and entertainment, commerce, and transportation.

It can be found in Southeast Asia, namely on the northern shore of the island of Borneo. It is sometimes referred to as the Nation of Brunei, which literally means “the Abode of Peace.” It boasts a prosperous economy that is a combination of international and domestic business ventures, government regulation, welfare measures, and the continued practice of village customs which accounts for it being one of the richest country in Asia.

Placing fifth on the list is Kuwait. It is bordered to the west by Iraq and to the south by Saudi Arabia, thus it is considered to be a part of Asia. Its economy generates a significant level of income and is supported by the sixth largest oil reserves in the world, making it a rich country in asia.

It is situated at the southeastern tip of the Arabian Peninsula on the Persian Gulf, sharing maritime borders with Qatar to the west and Iran to the north. Oman and Saudi Arabia are its land-based neighbors to the east and south, respectively, while Saudi Arabia is its land-based neighbor to the north. It is the second largest economy in the GCC (after Saudi Arabia), and according to the Doing Business 2017 Report published by the World Bank Group, it is ranked as the 26th best nation in the world for conducting business based on its economic and regulatory environment, and it is also considered among the top 10 richest country in Asia.

The People’s Republic of China has designated this area as a Special Administrative Region, and it can be found in the southern part of the country on the side of the Pearl River estuary that faces east. Since 1995, it has maintained its position as the number one spot on the index of economic freedom maintained by the Heritage Foundation and considered one of the richest country in Asia as well. Despite this, the region continues to struggle with a relatively high level of income disparity.

It runs from the Sea of Okhotsk in the north to the East China Sea and China in the southwest and is found in the Pacific Ocean. It is located off the eastern coast of the Asian mainland. This country, when measured in terms of nominal GDP, is the third largest national economy in the world and one of the richest country in Asia, behind only the United States and China. However, when measured in terms of purchasing power parity, it is the fourth largest national economy in the world, behind only the United States, China, and India.

Its position on the south-eastern coast of the Mediterranean Sea and on the northern coast of the Red Sea gives it a dual coastline. This country being one of the richest asian country received a ranking of 16th in the Global Competitiveness Report published by the World Economic Forum and a ranking of 54th on the Ease of Doing Business index published by the World Bank.

The tenth richest country in Asia is a country that may be found in East Asia, making up the southern portion of the Korean Peninsula and being located to the east of the main continent of Asia. In some circles, it is sometimes referred to as South Korea. One of the G-20 major countries, it has a market economy that ranks 11th nominally and 13th in terms of purchasing power parity GDP in the world.

Prominence, business wit, and tradition are the common elements of all these countries. Which do you think will rise to the top in the next year? Share it down below!