The Asian Affairs > Latest News > Geo Politics > For the G20 Summit in Bali, the UAE President goes to Indonesia 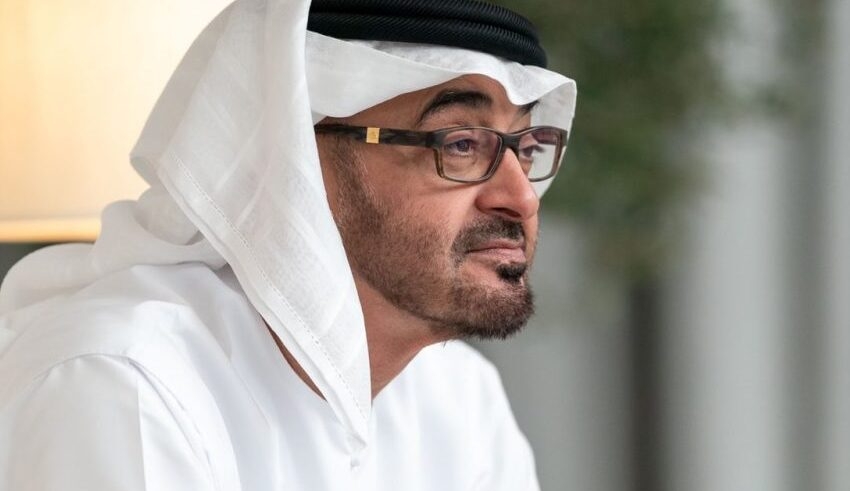 Arshad Rasheed, president of the Chamber of Commerce and Industry, praised the UAE's participation in the G20 Leaders' Summit and the UAE-Indonesia partnership.
(c) Gulf Business

President Joko Widodo of Indonesia greeted President His Highness Sheikh Mohamed and the accompanying group upon their arrival at the city’s airport.

A number of Indonesian government ministers and top officials were also present at the reception, together with the UAE Ambassador to Indonesia, Abdulla Salem Al Dhaheri, and members of the embassy staff.

Thousands of school children lined the road to welcome His Highness, waving the flags of both countries as they greeted the president of the United Arab Emirates.

His Highness Sheikh Mohamed bin Zayed Al Nahyan, President of the United Arab Emirates, will attend the G20 Summit in Bali, Indonesia, on November 15 to 16, 2022.

The 17th G20 Leaders of State and Government Summit, chaired by Indonesian President Joko Widodo, will convene heads of state and government from the world’s leading economies to discuss significant global concerns.

His Highness Sheikh Mohamed was asked to attend by Indonesia, who now holds the G20 presidency. During the two-day summit, he will lead a high-level UAE delegation that will participate in discussions and activities. Priority debate topics will include energy and food security, climate action, and sustainable development that enables nations and their people to grow and prosper.

President of the Chamber of Commerce and Industry, Arshad Rasheed, has expressed his delight in the UAE’s participation in the G20 Leaders’ Summit sessions, hailing the UAE and Indonesia’s collaboration and strong relations.

Rasheed stated his desire to attract more Emirati investments to his country in a remark to the Emirates News Agency (WAM) on the sidelines of the G20 summit in Bali, Indonesia.

The UAE is one of Indonesia’s top 20 major trading partners and the second-largest in the Arab world.

In conjunction with the Business 20 (B20) Summit, which is part of the G20 Summit, the Ministry of Economy co-hosted the UAE Business Forum with the Indonesian Chamber of Commerce and Industry on Saturday to discuss potential areas of cooperation. The two nations signed sixteen cooperation agreements between their respective companies.

Upon entering the mosque for the first time, the two leaders did a “greetings prayer” and signed a commemorative plaque that will be mounted on the Mihrab — a prayer niche built in mosques to indicate the direction of the qibla.

“It was an honor to accompany President Joko Widodo in Solo, Indonesia for the opening of the Sheikh Zayed Mosque. The mosque, named after the founding father of the United Arab Emirates, promotes his principles of peace and kindness and highlights the longstanding relations between our two countries,” Sheikh Mohamed stated.

President Susilo Bambang Yudhoyono also conveyed his gratitude to Sheikh Mohamed for his initiative in establishing the mosque.

This is the UAE’s third trade agreement this year, following the CEPAs with Israel and India. The financial and tourism powerhouse of the Middle East is attempting to diversify its economy away from hydrocarbons and strengthen commercial relations with the rapidly expanding economies of Asia and Africa. The UAE’s ultimate objective is to become an unparalleled center for finance, trade, industry, and business serving the Middle East and beyond.

Thani Al Zeyoudi, the Emirati Minister of State for Foreign Trade, predicted that the trade agreement with Indonesia would generate 55,000 highly-skilled jobs in the UAE by 2030.

In both nations, ratification is expected to be finalized by the end of 2022.