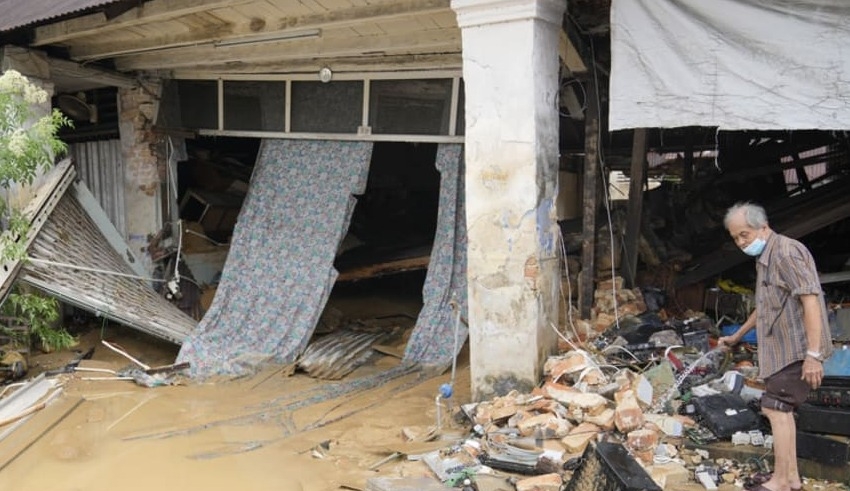 The National Disaster Management Agency issued a statement indicating that ten districts in the states of Penang and others have been affected by the flooding.
(c) CNA

As of midday on Sunday (Nov 13), six states in Malaysia have been affected by flooding, while candidates for the 15th General Election (GE15) are aiming to contact as many people as possible over the weekend prior to Election Day on Nov 19.

The National Disaster Management Agency (NADMA) issued a statement indicating that ten districts in the states of Penang, Perak, Selangor, Melaka, Johor, and Kelantan have been affected by the flooding.

In the past twenty-four hours, the number of flood victims has climbed from 1,359 to 2,388. 25 aid centers are providing shelter for those affected.

“A considerable increase in the number of casualties was recorded in the Pasir Mas area of Kelantan, while the majority of relief facilities in the other states indicated a dropping trend or no change,” according to a statement released by NADMA and cited by Bernama.

The agency also reported the opening of eight new assistance centres, including three in Johor, three in Kelantan, and one each in Penang and Perak. On Saturday and Sunday, seven aid centers were closed.

“Disney in Concert” heads for Manila in 2023

Mr. Mutalib Uthman, a candidate for the Malaysian United Democratic Alliance (MUDA) in Melaka’s Masjid Tanah, posted on Facebook that he had to cancel a campaign event on Saturday owing to flash floods.

MetMalaysia predicted that the currently ongoing northeast monsoon season will continue till March of next year. It was cautioned that this could cause floods in low-lying and riverine areas.

On November 9, multiple locations in Selangor and Kuala Lumpur were struck by flash floods, prompting candidates to cancel campaign activities.

Due to MetMalaysia’s flood warnings, the opposition and Mr Ismail Sabri’s Cabinet members harshly criticized BN’s calls for an early general election prior to the dissolution of parliament.

In December of last year, more than 50,000 people were displaced as a result of the country’s worst flooding in years.