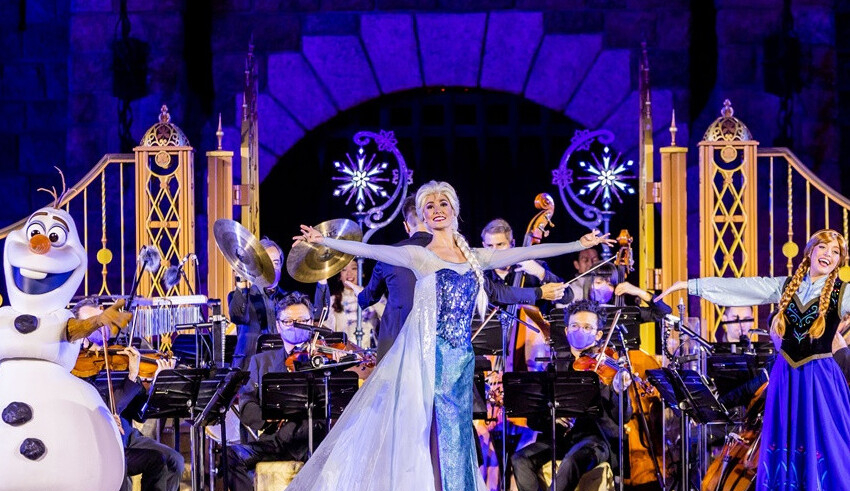 It will feature a 46-piece live orchestra and American singers performing songs from Aladdin, The Little Mermaid, Beauty and the Beast, Mulan, and Frozen.
(c) 頭條日報

As soon as Disney in Concert: A Magical Celebration begins performing in Manila, young fans of the Disney brand will have the opportunity to witness the enchantment of the show come to life on stage.

The performance is scheduled to take place at the Theatre at Solaire on January 6 and 7, 2023.

It will feature a live orchestra consisting of 46 musicians as well as singers from the United States playing well-known songs from Disney movies like Aladdin, The Little Mermaid, Beauty and the Beast, Mulan, and Frozen.

A post on the website of the event’s producer, Circles Entertainment, states that a percentage of the proceeds from the sale of tickets will go toward the development of isolation rooms for pediatric cancer patients.

Prices for tickets range anywhere from 2,700 to 7,200 Philippine Pesos. Ticketworld will soon begin selling tickets for the event.

This is K-pop’s new music direction

Morissette, a vocal powerhouse hailing from the Philippines, lent her talents to the new original song “Imagine More,” which was released in advance of the launch of Disney+ in the Philippines.

The song was made available to the public for the first time on Friday, November 4 with the publication of a musical short film that, as stated in a press release, “pays respect to Disney’s tradition of exceptional storytelling and inventiveness.”

Clips from the following shows will be shown in the film: Encanto, Lightyear, She-Hulk: Attorney at Law, and BTS: Permission to Dance on Stage-LA. These shows will be available on Disney+ in the near future.

The long-awaited debut of Disney+ in the Philippines is scheduled for the 17th of November.

In addition to the programming that was discussed earlier, Disney classics like as Aladdin, Beauty and the Beast, Mulan, and The Lion King will be made available to stream on the site.