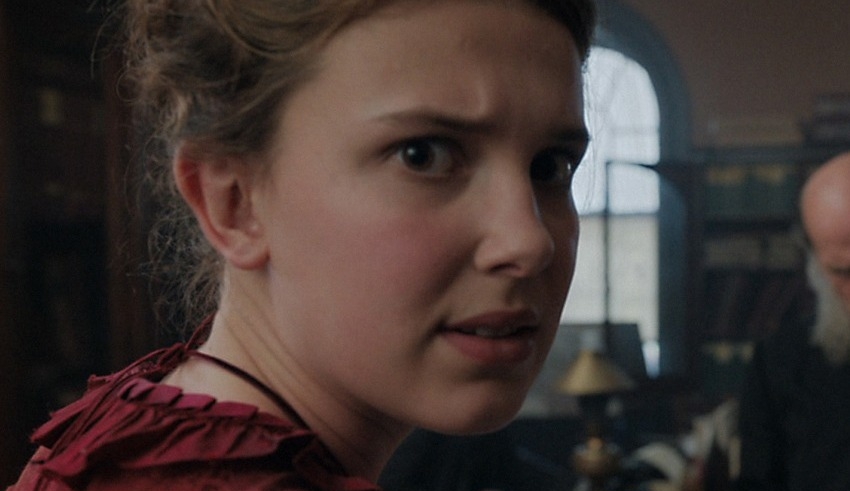 Enola Holmes 2 is a sequel to the 2020 film Enola Holmes. It follows Enola Holmes, a private detective who starts her own business but finds it difficult.
(c) Looper

Enola Holmes 2 presented some of the most iconic characters from the Sherlock Holmes novels, including John Watson (played by Himesh Patel) – but why did Enola send him to Sherlock?

The characters and storylines from Arthur Conan Doyle’s Sherlock Holmes books have been converted to a variety of mediums for decades, and in many instances, the artists have made alterations to create new stories. Among them are Nancy Springer and her The Enola Holmes Mysteries series, in which the Great Detective has a younger sister.

Enola Holmes made the transition to the big screen in 2020 and is now returning in a sequel simply dubbed Enola Holmes 2. In it, Enola (Millie Bobby Brown) is now a private detective and launches her own agency, but she quickly discovers that it’s not as simple as it sounds. As Enola searches for her sister, a penniless matchstick girl offers Enola her first official employment as she is ready to close.

However, the case proves to be more complicated than anticipated, and Enola winds up teaming up with Sherlock (Henry Cavill) because their cases are interconnected. Both Sherlock and Enola discover that they don’t have to be alone, and after Enola declines Sherlock’s offer of partnership, she refers him to Dr. John Watson, who is a more suitable partner for Sherlock than she is.

When the audience encountered Enola Holmes in her debut film, Sherlock was already a well-established and renowned investigator, so the absence of his partner and best friend, John Watson, surprised many. Sherlock has been working alone for some time, but as stated previously, his most recent case with his sister made him realize he could use some company… but not Enola’s. Instead of seeing her brother on Thursday at 4 p.m., the young investigator dispatched Doctor John Watson to 221B Baker Street, telling him that Sherlock was seeking for a roommate.

Until now, viewers have only seen the dynamics of Cavill’s Sherlock with his sister and brother Mycroft (Sam Claflin), so putting Watson into Enola Holmes’s life will allow viewers to see a new aspect of this version of Sherlock Holmes. Watson could also serve as a link between Sherlock and Enola, bringing them closer together, and he could help give Enola’s cases and victories greater visibility so that they are no longer erroneously attributed to Sherlock – and, since Sherlock will no longer be alone, Enola will have more freedom to continue running her own detective agency and only team up with her brother when necessary.

Even though Watson only appeared briefly at the conclusion of Enola Holmes 2, he is already distinct from the Dr. John Watson established in Arthur Conan Doyle’s works. In the original material, Watson and Sherlock meet differently: after being wounded in combat, Watson went home and was introduced to Sherlock Holmes, who was looking for a roommate, by his friend Stamford. Watson and Sherlock determined that they were compatible, but until Watson moved in with Sherlock, Watson was unaware that Sherlock was a “consulting detective.”

In the universe of Enola Holmes, Watson arrives at Sherlock’s flat after being sent by Enola, and it is highly doubtful that he does not know who Sherlock Holmes is, therefore he is fully aware of who he would be sharing a home with. It remains to be seen what his relationship with Sherlock will be like, given that Enola Holmes 2 has created a compelling and intriguing version of John Watson.