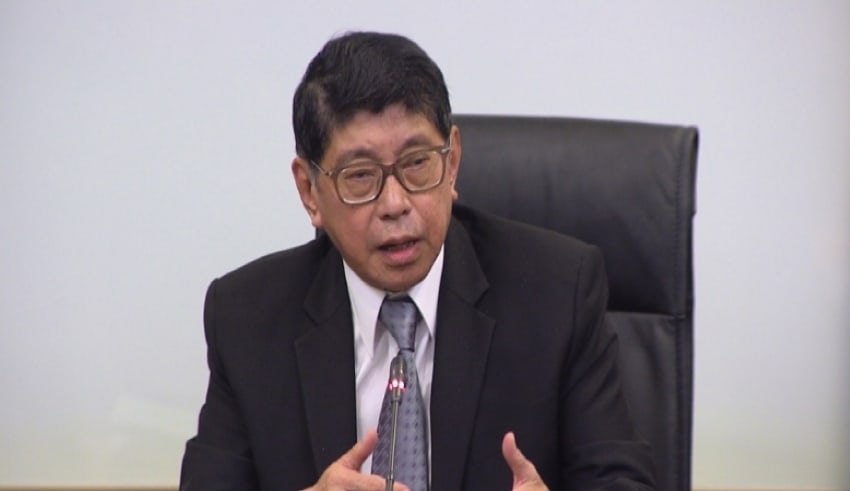 Deputy Prime Minister Wissanu Krea-ngam says two approaches are in motion to change the constitution — with or without a referendum.
(C) The Nation Thailand

Deputy Prime Minister Wissanu Krea-ngam says two approaches are in motion to change the constitution — with or without a referendum.

Mr Wissanu, a legal expert, said on Thursday that amendments requiring a referendum are Chapter 1 amendments containing general rules, Chapter 2 on the monarchy and Chapter 15 on constitutional amendments, including Section 256.

Amendments to provisions relating to the credentials and authority of autonomous agency members, such as an interim portion requiring the Senate to support MPs in voting for a PM, may include a referendum.

Mr Wissanu said that proposals for the establishment of a Charter Drafting Assembly would amount to amending Section 256 and would require a referendum.

Such changes need to be accepted by parliament before they are put to a referendum. It costs about 3 billion baht to maintain one. Amendments which do not require a referendum are those which are not applicable to these chapters and provisions.

Such amendments must also proceed through a process of Parliament under Section 256. If somebody disputes the changes, they can seek a ruling from the Constitutional Court within a month.

If no one mounts a legal challenge, the amendments will be submitted for royal approval and will come into force. Hurdles remain to organize a referendum. There is currently no legislation to hold a referendum. Legislation can take time to pass. Since the 2007 charter was abrogated, the referendum statute under the previous constitution of 2007 is no longer in effect.

The 2016 referendum law was only enacted for the 2017 constitutional referendum, and is no longer in force. Election Commission ( EC) is the body which is responsible for issuing a referendum rule. Last year, the survey agency gave the government a bill on referendums, which was being submitted to parliament.

But following the general election the National Legislative Assembly was dissolved. Mr Wissanu added that the process of rewriting the charter is unlikely to take place during the current parliamentary session as Parliament is still discussing the budget bill for fiscal year 2021.