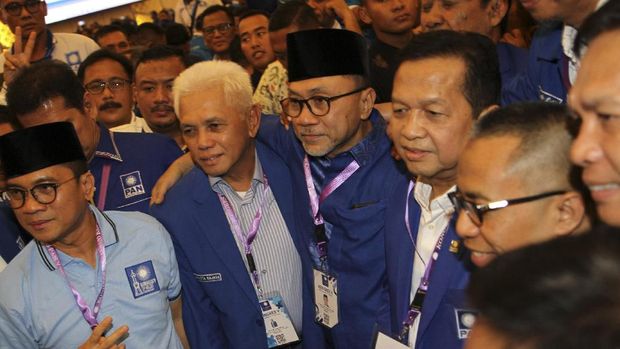 The founder of the National Mandate Party (PAN) Amien Rais made political maneuvers that often injured his own party. It seems to indicate that the feud between Amien Rais and Zulkifli Hasan (Zulhas) in the body of the party still continued after the Congress in Kendari.

In his social media account, Amien did not hesitate to provide sufficiently complete evidence of the events that took place in the Congress and also accused the outside forces of being involved in damaging and destroying his party.

The recent maneuver, Amien Rais, even asked the government not to approve the results of the V PAN Congress some time ago.

According to Djayadi Hanan, Director of the Indonesian Survey Institute (LSI), said that Amien’s maneuver was a form of disappointment in the party when the party that carried him lost the general election.

“Amien himself was somewhat shocked because for the first time he suffered defeat. As the main founder of PAN, perhaps rationally he has started counting,” said Djayadi.

Djayadi revealed that Amien’s disappointment would not last long. Considering, he has gone too far to carry the big name PAN in making him attached to the iconic figure of the star-lagging party.

The two camps must make peace to make the party still exist. The reason, said Djayadi, was that it was impossible for Amien to choose the way to destroy his own party. Therefore, the recent Amien Rais maneuver is still at a reasonable stage.

Djayadi said that office accommodation could be a concrete solution. For this reason, consideration of the response from the Zulhas camp is still important to reconcile the two parties.

“I don’t think it will (break), it will definitely have a way to accommodate. Pak Zulhas has more chance to do accommodation. Mr. Amien is calculating, doing rational calculations not to make maneuvers that actually break PAN,” he added.

Zulhas is believed to later soften and accommodate the needs of Amien Rais’ supporters, one of which is the position. Therefore, the response of the party leadership will affect the party’s situation.

“I think PAN has a track record to have the ability to abate post-congressional disunity,” said Djayadi.

Zulhas who was re-elected as PAN Chairperson for the period 2020-2025 received 331 out of 562 valid votes in the general election in the PAN V Congress. He also carved history by becoming a successful PAN cadre who occupied the number one seat in the political party for two consecutive periods.

In the election, he defeated two of his competitors, Mulfachri Harahap who got 225 votes and also Drajad Wibowo who got 6 votes. Mulfachri himself had the support of Amien Rais during his nomination as chairman of PAN.