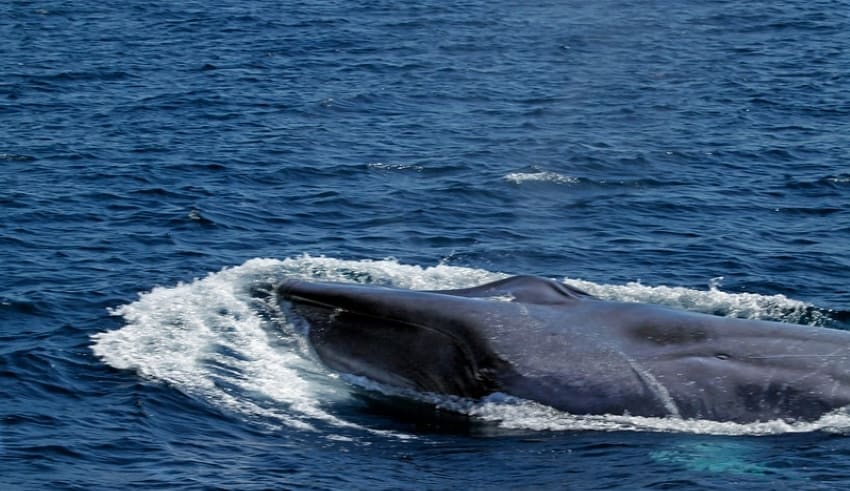 “Before being buried, we will take a sample of the contents of the stomach to be examined, as well as see whether there is waste in the belly of this whale,” Head of Kupang BKKPN Ikram Sangadji told reporters in Kupang on Thursday, July 23.

“[We] responded quickly to reports from residents regarding the marine mammal stranded at the beach,” Ikram said on Tuesday.

He said the dead whale was first spotted by fishermen at around 10 a.m. in Kupang waters before it was moved by the tide and left stranded at the beach at 3 p.m.

Blue whale carcasses found stranded on Nunhila Beach are planned to be buried on Thursday (7/23). The blue whale carcass has started to rot, some parts of the skin have peeled off and present an unpleasant odor.

Ikram said the possibility of the blue whale carrying the parasitic Anisakis typica, which can cause zoonosis, an animal disease that can be transmitted to humans

“This parasite is zoonotic which can transmit from fish to humans, including when fish are consumed in raw conditions,” Ikram said and urged residents not to approach the blue whale carcasses that were stranded on Nunhila Beach.

The Kupang BKKPN team has taken samples of meat and skin from the blue whale carcasses that were stranded on Nunhila Beach and sent them to the Udayana University of Bali and the Kupang Nusa Cendana University to be examined.

This was not the first time that a cetacean has been stranded at the shores. In January, a dead sperm whale was found in an area of ​​mangrove trees on Tasilo Beach, Rote Ndao regency.

Ikram called the Savu Sea Marine National Park area in East Nusa Tenggara as a “cafe” for whales, dolphins, and animals from other Cetacean.

“NTT’s waters, especially the Savu Sea, have become fertile waters and used as a cafe, a place to find food and rest for dolphins, whales, and other types of cetaceans,” he said.

Ikram said the Savu Sea Marine National Park, which covers an area of ​​3,355 million hectares, is an area rich in food sources for whales and other marine mammals.

According to him, marine mammals such as whales and dolphins that travel from Australia to the Seram Sea, Banda Sea, and enter the Savu Sea to find food and rest.

Almost every year there are whales and dolphins that appear in the Savu Sea region and dead bodies of whales or dolphins are found stranded on the Kupang coast and islands in East Nusa Tenggara.

In October 2019, Ikram said, there were 17 whales that were stranded and died in the coastal area of ​​Sabu Raijua Regency.