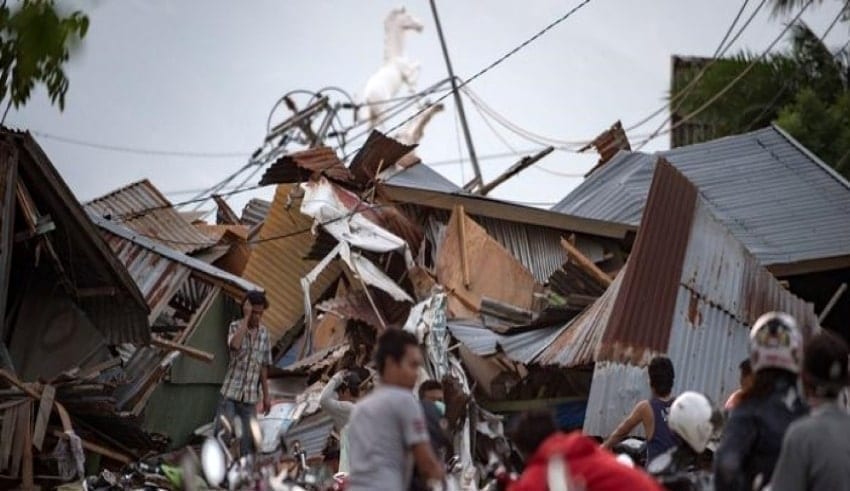 It’s 2021 but there are more challenges being faced by a lot people. This is when shortly after feeling tremors of a 4.9-magnitude earthquake that shook the city, many petrified residents of Bahodopi Sub-district in Morowali District, Central Sulawesi Province.
(C) dw

It’s 2021 but there are more challenges being faced by a lot of people. This is when shortly after feeling tremors of a 4.9-magnitude earthquake that shook the city, many petrified residents of Bahodopi Sub-district in Morowali District, Central Sulawesi Province rushed out of their homes.

Bayu, a local resident shared that the earthquake hit at about 3:13 early in the morning Local time and due to the deeply felt trembling, momentarily set off a sense of fear among residents.

The Bureau of Meteorology, Climatology and Geophysics (BMKG) shared that that the epicenter of the earthquake was approximately eight kilometers east of the Tolo Bay sub-district of Bahodopi, at a depth of 10 km. In view of this, The head of Palu City-based Geophysics Station Cahyo Nugroho said that six earthquakes of magnitude 3.4 and 4.9 jolted the areas of Morowali District from 2:27 to 6:15 a.m.

Since the nation lies on the Circum-Pacific Belt, also known as the Ring of Fire, where many tectonic plates collide and trigger frequent volcanic and seismic activity, earthquakes periodically strike different parts of Indonesia. On September 28, 2018, one of the deadliest earthquakes happened in Central Sulawesi.

Looking back on 28 September 2018, the 7.4-magnitude earthquake accompanied by a tsunami that struck the areas of Palu City and the districts of Donggala, Paringi Moutong, and Sigi took 2,102 lives, wounded 4,612, and left 680 others missing.

There was significant damage to a total of 68,451 houses, while 78,994 residents were displaced. Meanwhile, to cross Rp15.29 trillion, material damages caused by the twin deadly disasters is measured. Morever, for the National Disaster Reduction Agency, Palu provincial capital suffered the brunt of the disaster, with material damage and damages estimated at Rp7.6 trillion, or 50 percent of the overall estimate (BNPB).