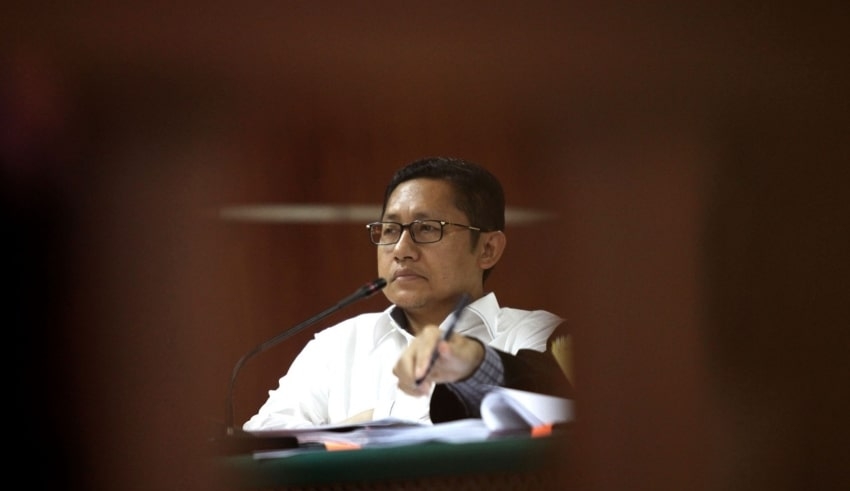 Once again, the Supreme Court came under fire for weakening the anti-graft movement, this time in a recent case analysis to reduce the graft sentence of former Democratic Party president Anas Urbaningrum, setting another precedent for other graft convicts to methodically pursue reduced sentences.

The judges also ordered Anas, who served as party leader from 2010 to 2013, to pay a fine of Rp 300 million (US$20,164), which would see him serving an additional three months’ imprisonment if not compensated.

In 2014, the Jakarta Corruption Court found him guilty of accepting Rp 20 billion among other gratuities in connection with the building of the Hambalang Sports Complex in Bogor, West Java, a project that also included other officials of the Dems. Anas was sentenced to eight years in jail, but was later successfully appealed to the Supreme Court by the Corruption Eradication Commission (KPK) for a harsher sentence, which extended his term to 14 years.

But they saw the sentence cut down to eight years by three judges from the same court, based on a case review filed by Anas himself in 2018. The court ruled that their decision on the wrong facts was based on the previous judges who dealt with the KPK appeal and convicted the politician using the incorrect 2001 Corruption Law report. Anas has now become the 23rd bribery convict in the past year to have been granted leniency by the Supreme Court.

The KPK said 22 graft convicts had received lighter sentences only a day before the issuance of the verdict, after their case reviews were accepted by the court between 2019 and 2020. The KPK claimed that it had yet to obtain copies from the court of any of those decisions.