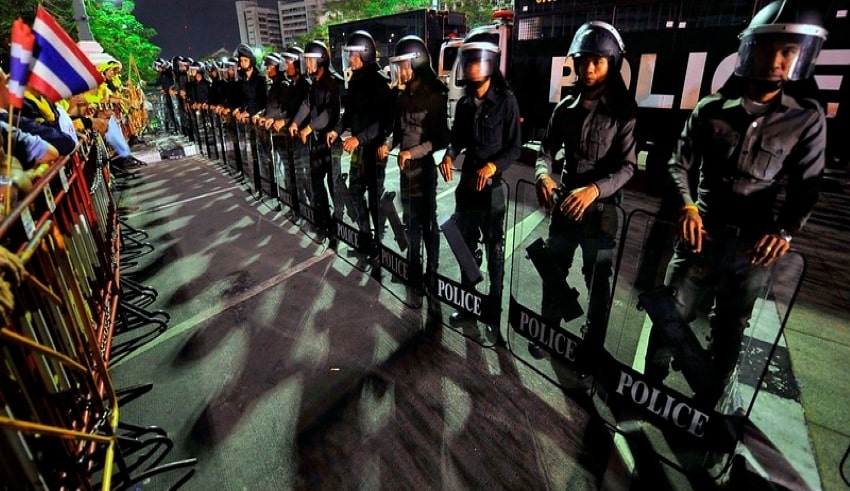 Two 300 police company from the 3rd Special Branch Division will be mobilized to defend Government House from demonstrators preparing on Saturday to hold an anti-government rally at Thammasat University.

Next day, the demonstrators announced a decision to travel to the Government House and hand over their requests to the administration. Pol Col Vacharavee Thamsema, commander of the 4th Subdivision of the 3rd Special Branch Division, said the Government House would be deemed off-limit, including the Thai Khufa and Banchakan 1 houses.

The Prime Minister has released an order not to encourage the demonstrators to assemble outside the Government House if necessary. The demonstrators have to be at least 50 meters away, or at the Makkhawan Rangsan Bridge, according to the Public Assembly Act, Pol Col Vacharavee said. Pol Col Vacharavee said the Special Branch police would be stationed around the clock this weekend in the Government House compound, without military protection.

Steps will be taken as needed by the situation to secure the House of Government. There is no code name for the action plan, he said. Asked if Gen Prayut Chan-o-cha was worried that the demonstrators would begin marching to the Royal Plaza, Pol Col Vacharavee said the prime minister gave no direction on this issue. In addition, knowledge regarding the probability of such a move had not been received.