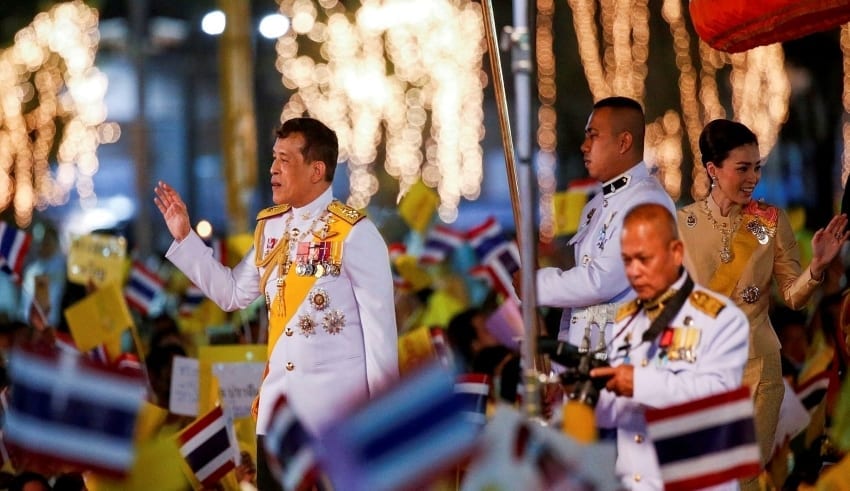 One of the toughest royal defamation laws in the world protects Thailand's monarchy, making any criticism of the powerful King Maha Vajiralongkorn all but impossible within the country.
(C) Reuters

One of the toughest royal defamation laws in the world protects Thailand’s monarchy, making any criticism of the powerful King Maha Vajiralongkorn all but impossible within the country.

As a pro-democracy movement gathers steam in Thailand, some student leaders have called for the repeal of the laws. Through this, anyone who are proven of defaming, insulting or threatening the king, queen, heir or regent will face with between three and 15 years in prison on each count under section 112 of Thailand’s penal code. But any criticism of any aspect of the monarchy including criticism posted or shared on social media is routinely interpreted as the law. Looking back, The most severe punishment so far is from a man that was sentenced to 35 years in prison for a series of posts on Facebook and comments on the royal family on 2017.

In view of this, The Pro-democracy groups in Thailand will hold a rally to urge  the obliterate the law that penalizes insulting and criticizing the top royals of the nation as authorities adduce the act against protest leaders who are demanding reform of the monarchy.

Consequently, This coming 10th of december, the protesters who have been rallying regularly since mid-July in the capital city of Bangkok and other cities, will hold a sinificant event about it and to think of it, it’s Thailand’s Constitution Day and International Human Rights Day.

For this reason, It will be an agenda for more than a dozen protest leaders that face charges of lese majesty, which involve prison terms of up to 15 years as authorities seek to curb the growing taboo-breaking movement that calls for the retention of monarchy power.

Last month, Prime Minister Prayut Chan-o-cha, who rejected calls to quit, said that the government will  enforce all laws available to deal with protesters who break the law and ignore other people’s rights and freedom. Along with this is Arnon Nampa, a lawyer for human rights and one of the protest leaders accused of lese majeste.

The call to government spokesperson Anucha Burapachaisri went unanswered, and the Royal Household Bureau refused to comment. The protest agenda calls for the amendment of the constitution in order to make it more democratic to make it fair. They are also seeking the resignation of Mr. Prayut and wishing that their movement will bring a positive result.