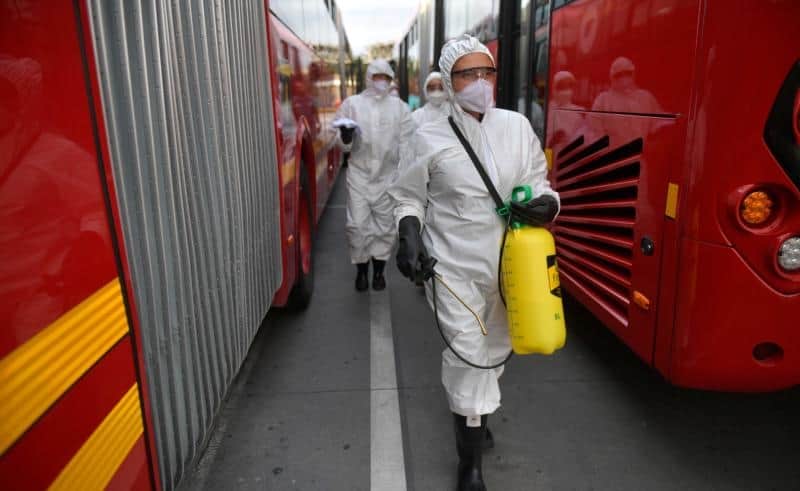 Asian stocks and US stock futures tumbled as central banks took sweeping action to blunt the financial impact of the coronavirus outbreak. Italy’s government will meet Monday to pass a new package of measures after deaths jumped by 368 Sunday.

The Federal Reserve slashed rates to near zero and the Bank of Japan strengthened stimulus.  Airlines cut flights and could face bankruptcy by the end of May, a consultant said. Governments worked to slow the spread of the outbreak, with more travel restrictions and closures of schools, bars and restaurants.

New York City schools will close this week, Governor Andrew Cuomo announced. Schools in Westchester, Nassau and Suffolk Counties will close tomorrow, and city schools will close later in the week, said Melissa DeRosa, secretary to the governor. All the localities must provide food programs to those now receiving them, and childcare to essential workers. City officials must have a plan in place within 24 hours, DeRosa said.

US hospitals are preparing for a surge in patients as testing becomes more prevalent, revealing the extent of Covid-19’s spread, which led one administrator to urge more action. “We need to think about this in almost like a war-like stance,” Peter Slavin, president of Massachusetts General Hospital in Boston, said on NBC’s “Meet the Press.” He urged the government to wage a Manhattan Project-type effort, as it did in World War II on the atomic bomb, to spur the health-care industry to make more surgical masks, eye protection gear and gowns.

US Treasury Secretary Steven Mnuchin said he doesn’t expect the coronavirus pandemic to tip the US economy into recession, even though growth will slow. “Later in the year, obviously the economic activity will pick up as we confront this virus,” Mnuchin said Sunday on ABC’s “This Week”.