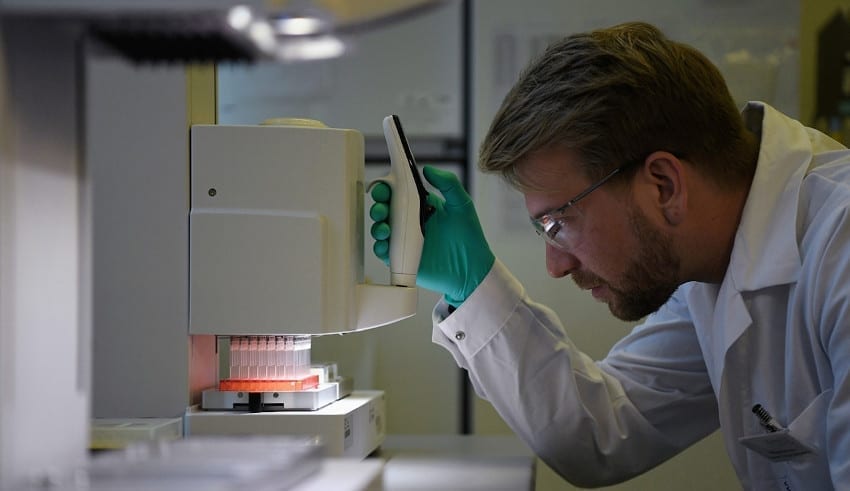 Germany’s foreign minister said Monday the rights to coronavirus vaccine research were not for sale, following reports Donald Trump wanted the US to buy exclusive access to a potential vaccine developed by a German biotech firm.

The comments, made in an interview to media group Funke, come as scientists raced to develop a vaccine against the deadly coronavirus that has killed some 6,000 people, seen millions placed under lockdown and devastated global markets. “German researchers play a leading role in drug and vaccine development and we cannot allow others to seek exclusive results,” Heiko Maas told Funke. Citing sources close to the German government, Die Welt newspaper had previously reported that Trump had offered “a billion dollars” to secure research into a vaccine by German biotech firm CureVac “only for the United States”. “Germany is not for sale,” economy minister Peter Altmaier told broadcaster ARD on Sunday, reacting to the report.

Last week, the firm mysteriously announced that CEO Daniel Menichella had been replaced by Ingmar Hoerr, just weeks after Menichella met with Trump, his vice president Mike Pence and representatives of pharma companies in Washington. “We are very confident that we will be able to develop a potent vaccine candidate within a few months,” CureVac quoted Menichella as saying on its website shortly after the visit.

On Sunday, CureVac investors said that they would not sell the vaccine to a single state. “If we are successful in developing an effective vaccine, then it should help and protect people across the world,” said Dietmar Hopp, head of principal investor dievini Hopp Biotech Holding, in a statement. He also pointed out that the government has the power to scrutinise foreign takeovers, saying that “where important infrastructure and national and European interests are concerned, we will take action if we have to.”