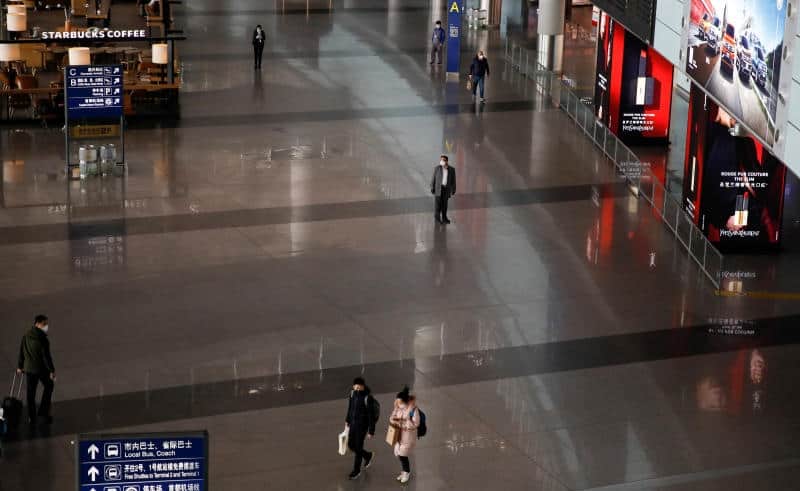 International travellers to Beijing to pay for quarantine
(C)BangkokPost

International travellers landing in Beijing will be quarantined for 14 days at their own expense, authorities in the Chinese capital announced on Sunday, as governments around the world introduced new restrictions to contain a coronavirus pandemic.

From Monday, everybody entering Beijing from outside the country will be transferred to a central isolation facility for 14 days of observation, Chen Bei, deputy secretary general of the Beijing municipal government, said, as the country scrambles to prevent more imported cases. “Some people were asymptomatic when they arrived in Beijing but were confirmed [with the coronavirus] several days later when symptoms showed,” the Beijing News quoted Chen as saying.

State broadcaster CCTV reported: “From now on, all inbound flights will stop at the T3-D processing area at Beijing Capital International Airport for … screening and scientific treatment.” Medical staff at the facility would monitor the health of the passengers, who would have to pay for the quarantine, Chinese media reported, without specifying the cost.

Singapore is also barring travellers from stopping or transiting in Singapore if they have been to France, Germany, Italy or Spain in the last 14 days. Singapore residents and long-term pass holders who have been to those countries in that time will issued a stay-home notice, ordering them to remain at their residence at all times for 14 days after returning to Singapore.