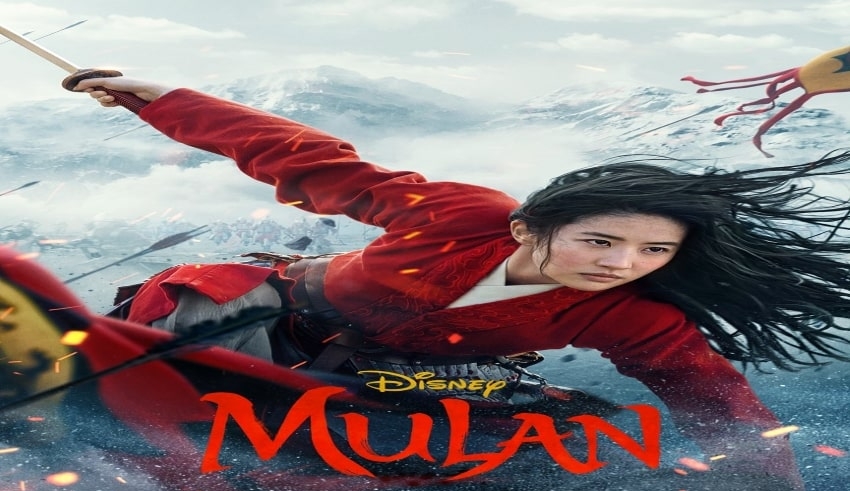 The Disney Period drama Mulan has provided some cheer by squeaking past the one million dollar mark in its opening weekend at the Singapore box office.
(C) Mulan / Twitter

In a time when the cinema trade is searching for good news, the Disney Period drama Mulan has provided some cheer by squeaking past the one million dollar mark in its opening weekend at the Singapore box office.

Mulan’s tale combines themes from the 1998 film and the inspiring ancient Chinese text, The Ballad of Mulan. The 2020 film follows Hua Mulan, a young woman who, though disguised as a man, replaces her father in Imperial Army. The character proves herself in combat but by being humiliated, she worries about further dishonoring her king. Mulan and her comrades, led by Sergeant Qiang and Commander Tung, seek to defeat a rogue Rouran warrior named Bori Khan. The title character during the journey is friends with Khan ‘s primary ally, Xian-a woman who inspires Mulan to be her true self.

And the reviews are in! Find out what critics had to say about Disney’s #MulanSG, now in cinemas.

Its return of S$1,001,935 from Friday to Sunday (September 4-6) across 194 screens gives it the highest opening weekend taking of any movie here so far this year.The figures of the live action remake of a 1998 animated film of the same name beat the $763,765 opening weekend take of science fiction movie Tenet (Aug 26-30) and also that of Korean zombie movie Train To Busan: Peninsula, which received $962,000 in its opening weekend, from July 16 to July 19, days after the reopening of cinemas here on July 13.

Morever; The cinema halls closed on March 27 to curb coronavirus spread. Mulan tells the story of Hua Mulan, a fabled Chinese woman, who impersonates a man to take the place of her father after an imperial decree mandates each household to send a man to join the army.