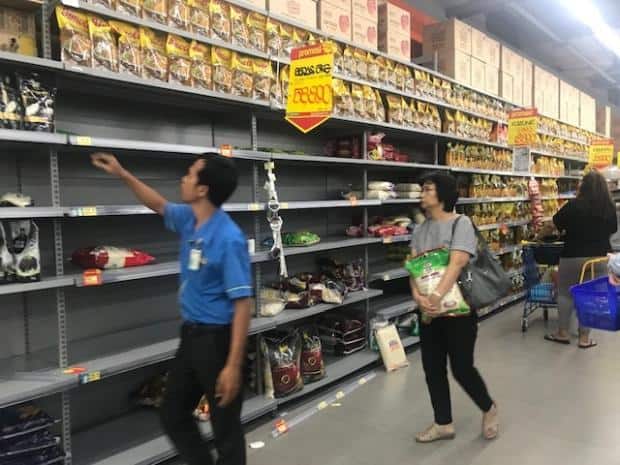 Panic buying becomes one of response from public amid the full-alert status of COVID-19 pandemic. In order to avoid that, Governor of Jakarta Anies Baswedan on Sunday said the provincial government has decided to limit food sales in retail stores.

Anies said there were limits on food sales to control panic buying by the association of retailers.

“The association of retailers today have imposed limits on food sales to control panic buying which could also disrupt market’s stability. We have already had an agreement (with the association),” Baswedan said in the Jakarta City Hall.

According to him, the curb will be effective this week. The residents are advised to only visit retail/department store when it is necessary.

Anies added that according to Bulog (state logistic agency), there were enough food stocks for the next two months.

“Allhamdulilah (all praise be to Allah), Jakarta’s food stocks are secured. According to Bulog (state logistic agency), we have at least 320,000 tons of rice stored in the warehouses. It could last for the next two months,” Baswedan remarked.

Earlier, over the past week the number of COVID-19 cases have ben surged. Therefore, the Jakarta provincial government also has suggested the Indonesian government to restrict in-an-out access to the country’s capital city.

“We couldn’t decide this restriction on our own, it must be consulted with the head of the national disaster mitigation agency (BNPB),” he noted.