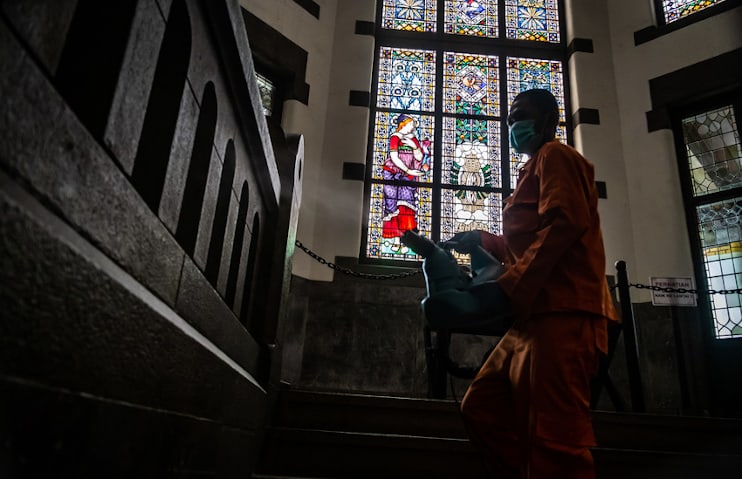 As many 21 more people have been tested with positive results for Covid-19 disease on Sunday. Therefore, Indonesia government has confirmed this adding the total number of people infected by the novel coronavirus to 117. The spread of the virus to this number happened in just two weeks since the country’s first confirmed the first case in its territory.

“Today we have 21 new cases, of which 19 are in Jakarta, and two are in Central Java,” Achmad Yurianto, the government’s spokesperson for Covid-19 handling, said in a press conference.

According to him, the positive cases in Jakarta is the development of tracing from the previous cases.

Previously the total fatality because of the virus was five, and Achmad said there was no additional death. As of today, the country has tested more than 1,290 samples.

In order to increase the government’s capacity of running the test, Achmad said starting Monday two laboratories at Airlangga University in Surabaya and Eijkman Molecular Biology Institute in Jakarta would join the 11 facilities run by the Health Ministry across Indonesia.

Covid-19 news cases have now been spread to other regions in Indonesia. Seven provinces now have confirmed Covid-19 cases including the country’s most populous province West Java that saw a total of 10 cases in Bekasi, Depok, Cirebon, and Bandung.

The two patients that were just confirmed positive for the virus in the province were now under treatment. First patient in Semarang, who had just come back from Bali, and the second patient in Magelang, who had returned from Malaysia. This was confirmed by the Central Java governor, Ganjar Pranowo. This province now has a total of six cases.

The test for the novel coronavirus was also conducted to the ministers in President Joko “Jokowi” Widodo on Sunday. This was held after their fellow Budi Karya Sumadi, the transportation minister, tested positive for the virus on Saturday.

Previously, on Wednesday, Budi attended a cabinet meeting with President Jokowi and most of the ministers.

Then, the president said on Sunday that the remaining ministers and he would take the test for the novel coronavirus.

While, Minister of National Development Planning Suharso Monoarfa made the initiative to take the test on Sunday, according to Asrul Sani, the secretary-general of the United Development Party (PPP), which Suharso also chairs.

From the ministry of finance, also was taking the Covid-19 test, including Finance Minister Sri Mulyani Indrawati and her deputies. This was said by Rahayu Puspasari, a Finance Ministry’s spokeswoman, that they were taking the test to determine their transmission risk.