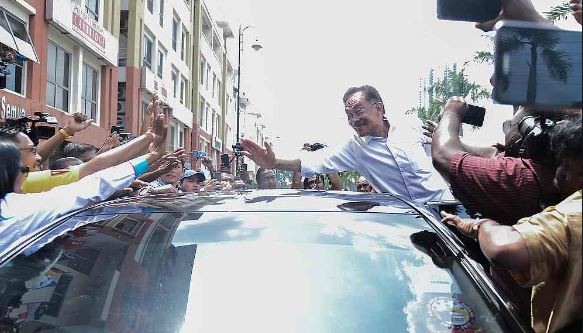 The PKR president said that a query is necessary since Muhyiddin vowed to clean up the government from corruption.

“We are shocked on the discovery an extraordinary wealth of an Umno leader at the Kuala Lumpur court. It was stated that this assets was over RM800 million. Tan Sri Jamaluddin Jarjis, a former Minister of Science, Technology and Innovation, was also discovered to have gathered so much wealth.

He reiterated in the video posted on Facebook that Muhyiddin must find ways to seek an explanation on how Tengku Adnan, popularly known as Ku Nan, managed to accumulate such wealth.

“So I urge the public to open their eyes and minds, and to demand for the newly appointed prime minister to seek a fair explanation and not just focus on power struggle, and not upholding the people’s mandate,” he added. Ku Nan, testifying in his own defence in his trial yesterday, confirmed that he had total assets valued at RM938,643,566.16 or over RM938 million in 2001.