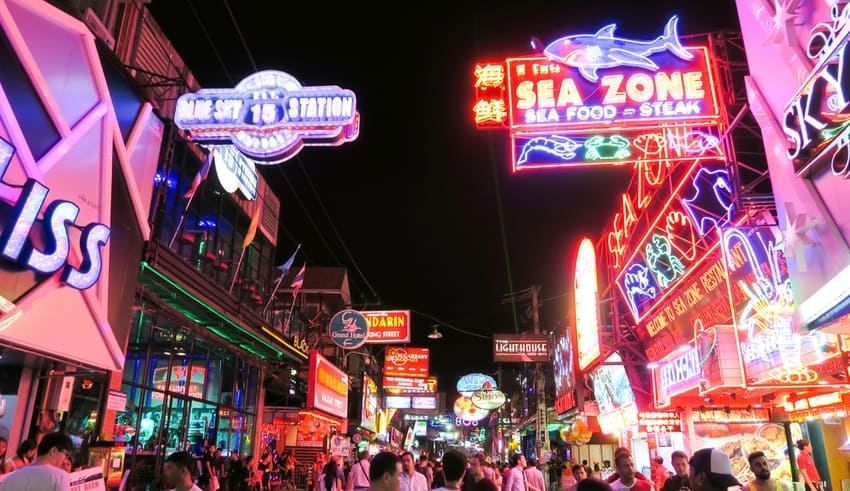 The recent pandemic has halted the very active bars and nightlife of Thailand. Since international travel is banned in most countries and there are numerous restrictions in terms of movements and socialization. It has also gravely affected the busiest districts including the capital city of Bangkok.

One of the industries hit hard is the bars and other nightlife establishments because they heavily rely on human interaction and contact. Since nonessential activities are heavily monitored and establishments made to shut down, they do not have any much choice but to comply and make the party stop indefinitely. With the possibility of the entertainment venues to be allowed to open again, most of the business owners and night workers are bracing themselves in anticipation of the changes that the pandemic has brought. Still, many are excited to get back out there and experience the shine of Thailand and its glam night once again. The government of Thailand is slowly lifting some movement restrictions it has initially imposed at the early onsets of Covid-19. This is after infections rose to over 3,000 and almost 60 deaths, the government was able to slow the transmission of the virus so it has never seen a spike in reported cases. The economy is slowly opening again with some of the most essential industries and businesses allowed to open but still need to follow protocols and restrictions. Tourism is seen to resume as they open their doors for people who would like to visit the country again. Although this is good news, the health ministry deems the nightlife industry to be among the last ones to open given the nature of its operations. And even if both regular customers and workers are looking forward to this, they cannot do much given the situation that the whole world is facing. Most are saying that they are doing their best to practice and better their performances in preparation for their much-awaited comeback. Some are even accepting bookings for the future because of the still-growing tourist demand to visit the country. The reality of the virus far from over is still at the back of people’s minds. A lot of business establishments are preparing for reopening by creating a better-equipped environment that will not compromise the health of their customers. Most areas are guaranteed to be cleaned and disinfected and more people are seen to carry their own hygiene kits which include their sets of sanitizers, alcohol, wipes, face mask, and so many others. Many workers and entertainers alike are tasked to make a way on how they can do their job safely as well as protect themselves from the virus itself. Health restrictions are going to be imposed and people who are working in the nightlife industry are supposed to work around these rules. The concern of most people is their own safety that they are seen to become more conservative in their activities even when normal operations will resume. It might be a slow start for the different bars and establishments, but it will surely improve as the new cases drop and medicine and vaccines will be created.