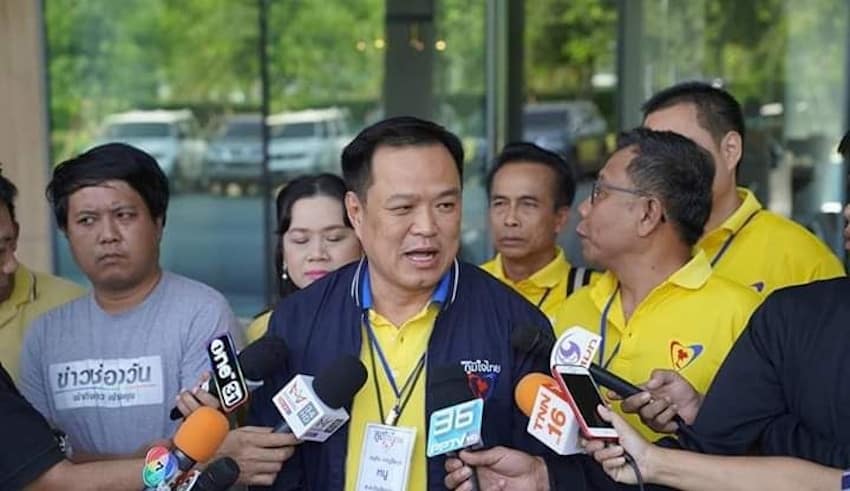 A source in parliament said that Bhumjaithai MP and party registrar Supachai Jaisamut has written to inform House Speaker Chuan Leekpai that nine MPs from the disbanded FFP have applied to join Bhumjaithai.

The FFP was dissolved last Friday by the Constitutional Court over a 191.2-million-baht loan it took from former party leader Thanathorn Juangroongruangkit. Its 16 executives were slapped with a 10-year ban from politics while its MPs now have to join new parties within 30 days or lose their MP status.

Somjai Phagaphasvivat, an independent academic, told the Bangkok Post that the defections of the nine MPs will boost Bhumjaithai leader Anutin Charnvirakul’s political clout within the coalition government. Even though Bhumjaithai will play second fiddle to the PPRP, which has Prime Minister Prayut Chan-o-cha on its side, Mr Anutin still stands the best chance of becoming the next prime minister if there is an early change of government leadership, Mr Somjai said.

Bhumjaithai was willing to work with anyone who shares the same stance, to help the country, he said, adding the nine MPs would be officially unveiled as Bhumjaithai members soon. However, he denied talk that the party would bargain for more cabinet seats in the wake of the defections. “We are happy with the seven cabinet positions we occupy now. If there is a cabinet reshuffle in the future, we will stick to our seven seats. Don’t reduce them and we will not ask for more,” Mr Anutin told reporters at parliament ahead of a censure debate session on Tuesday.

Mr Anutin also brushed aside a sound clip released by the FFP which purportedly featured its MPs being offered money and positions in return for joining coalition parties after the party was dissolved. “Bhumjaithai is good enough to attract other MPs without the need to resort to such methods,” Mr Anutin said.