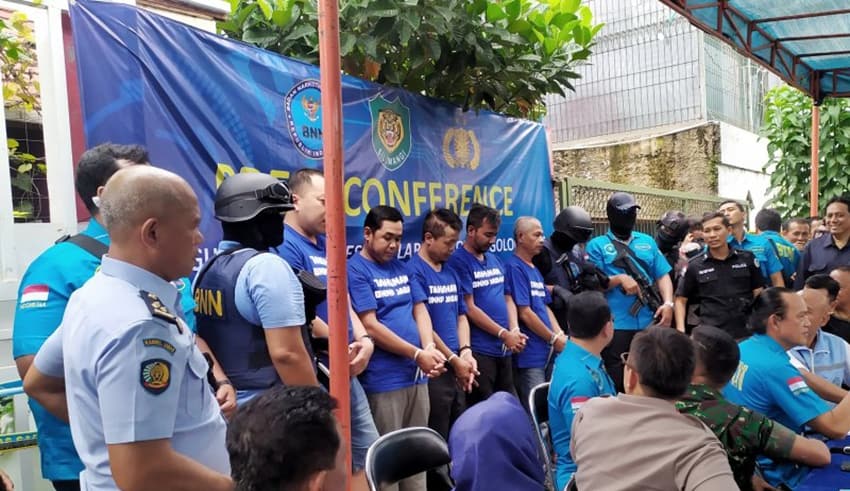 Reality was exposed by The National Narcotics Agency (BNN) on Monday regarding four houses in Bandung City, West Java that produced some four million carisoprodol-containing pills. Previously, the houses were raided by the agency’s personnel and local policemen on Sunday.

“This is a violation of the law. Several substances used for producing these illicit drugs are actually for pharmaceutical drugs and industries. However, they are misused,” BNN Eradication Division Deputy Head Inspector General Arman Depari stated to journalists.

According to Arman, the raided houses that located in Cisaranten Endah Village, Arcamanik Sub-district, Bandung City, there were some four million pills containing the banned psychotropic substances.

At the houses, the agency’s personnel found huge quantity of pills, where three million pills were packed and would have been ready for sale to consumers,  while an additional million were not packed and several of them were also unfinished products.

“Hence, there may be four million pills,” he remarked.

Arman added, the BNN investigators still found the remaining stocks of those substances for manufacturing some 10 million pills.

There were five suspects over the raid of the houses. The BNN investigators had named the suspects identified as Chandra Rully alias Bram (38), Sukaryo alias Nono (40), Marvin alias Vino (35), Suwarno (53), and Iwan Ridwan alias Jafra (54).

In connection with this drug case, Indonesia remains under serious threat from domestic and transnational drug dealers. It makes Indonesia as a potential market due to its huge population and millions of drug users with estimated drug trade value that has reached nearly Rp66 trillion.

According to report from BNN that some 50 Indonesians die of drug use every day. But, that has not yet deterred drug users in the country from consuming these banned substances.