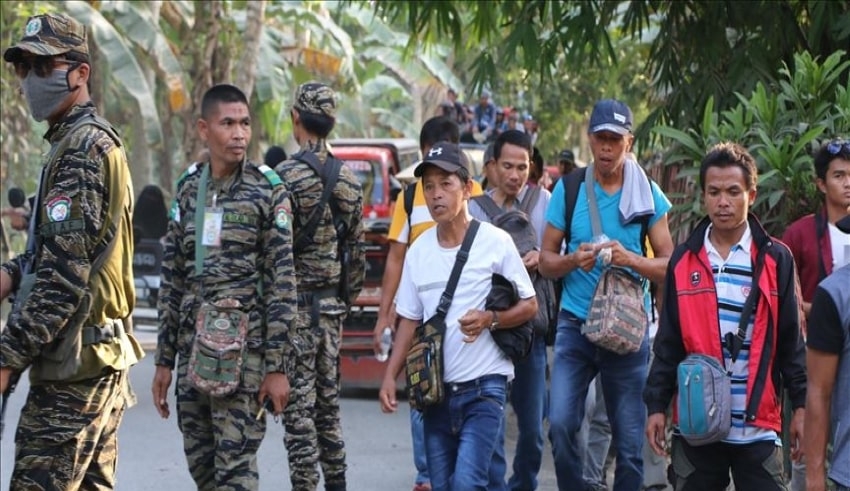 At least 15 people have been killed and several others were wounded after explosions rocked the southern Philippine town of Jolo.
(C) AA

MANILA – At least 15 people have been killed and several others were wounded after explosions rocked the southern Philippine town of Jolo.

READ: Statement of PCOO @SecAndanar on the twin blasts in Jolo, Sulu pic.twitter.com/EH1iL2jVVa

Commander of Western Mindanao Command (WestMinCom) Major Gen. Corleto Vinluan said that 5 soldiers and 4 civilians were instantly killed in the blast. A “foreign-looking” female suicide bomber were believed to be responsible on the 2 seperate explosion in Jolo.

Army spokesman Lieutenant Colonel Ronaldo Mateo said that the female suicide bomber detonated herself on a checkpoint that stopped her from entering the area.

There was no immediate claim of responsibility on the attack but it is believed to be the same group who is responsible on the bombing of Jolo Cathedral that left at least 20 people dead and 100 church attendees injured in January last year.

The area of the explosion was near Mt. Carmel Cathedral which was also the site of two Jolo bombing last year. The incident was atleast one of the six suicide bombings recorded in the last three years. A mode of attack that is generally rare in the country.