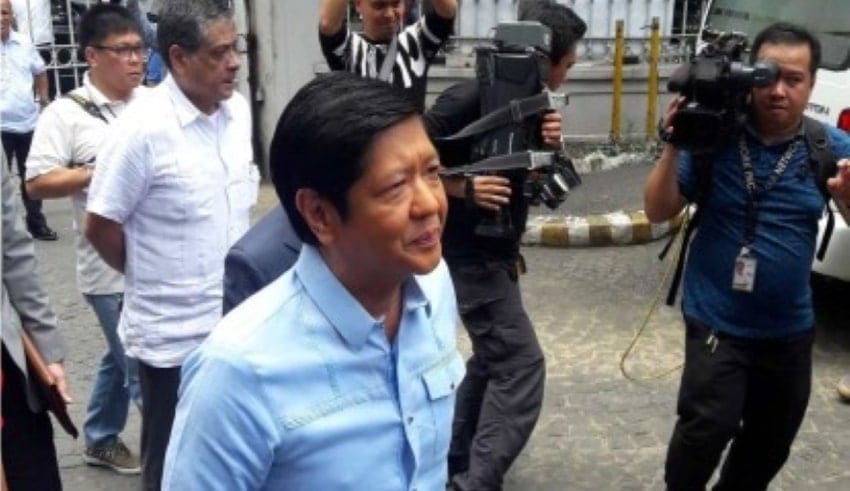 According to the motion filed Monday, Marcos asked for Leonen’s recusal sitting as the Presidential Electoral Tribunal (PET) and re-raffle of the protest to another judge and to resolve all pending matters related to the case.

The court filing states that the scathing pronouncements of Associate Justice Leonen in a number of landmark cases as well as his previous employment history in which he has handled the election protest will show that he is not fair and impartial ponente in the instant electoral protest.

Marcos Lawyers said that Leonen, in his dissenting opinion in the case against of the late president Ferdinand Marcos’ burial in the Libingan ng mga Bayani.

Marcos is currently protesting Robredo’s election victory in 2016, citing fraud. The case is currently on its 4th year.

The Senator said that if Justice Leonen continues to sit as the justice-in-charge, the case will certainly be delayed. He hopes that Justice Leonen will really go into a period of self-examination and convinced himself whether or not he has been biased or he has been fair.

According to Marcos, Leonen is biased, partisan and has prejudged this case a long time ago.

One part of Marcos’ protest was a recount of voted from three provinces in Camarines Sur, Iloilo, and Negros Oriental. Under Rule 65 of the 2010 PET Rules, it allows a protestant to choose not more than three provinces that would show greatest evidence of fraud.