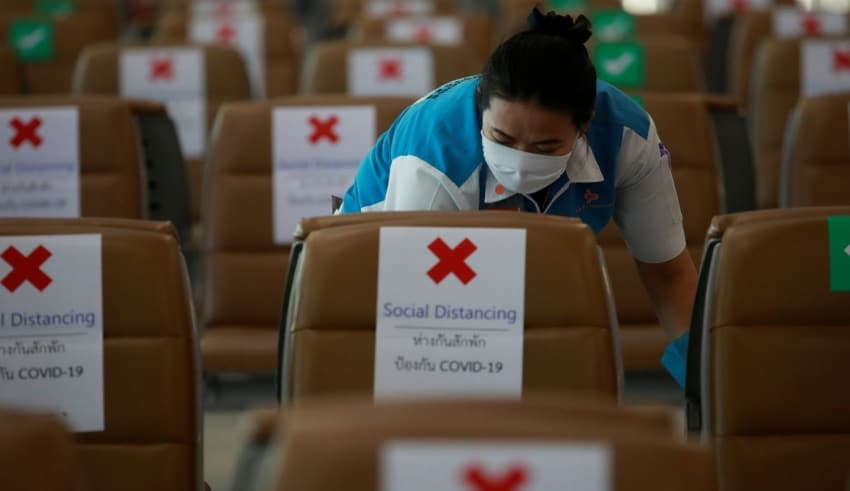 The Public Health Ministry has come up with a plan on lifting restrictions on some businesses in 32 provinces, which will be submitted to the Centre for Covid-19 Situation Administration (CCSA) for consideration.

Kamnuan Ungchusak, an adviser to the public health minister on the Covid-19 outbreak, said at a meeting with related agencies, it was agreed that the measures should be relaxed slowly so people’s lives and businesses can return to normal. However, he said, some measures should remain in place such as screening arrivals from overseas and quarantining them for 14 days. Also, he said, provinces should keep a close lookout for new Infections and monitor crowded areas, while laboratory tests should never be slackened. “People should also continue wearing masks, maintaining social distancing and refraining from assembly to cut down on the risk of new cases,” Kamnuan said.

Meanwhile, there are seven to 10 million people who have lost their jobs and health officials believe that some leniency based on the level of risk in different areas should be granted to businesses. However, some businesses such as entertainment venues, pubs, bars, karaoke clubs, massage parlours and boxing stadiums should remain closed until the outbreak ends. As of April 14, no new cases were reported in 32 provinces for over two weeks, hence some restrictions will be relaxed in these provinces from May 1, while life in other provinces may return to normal by mid-May.

However, businesses in the the provinces of Bangkok, Chonburi, Nonthaburi, Phuket, Samut Prakan, Pattani and Yala – where new cases are constantly being found – may start operating from the beginning of June. As for department stores, operators will be required to screen each shopper for temperature, limit the number of shoppers and the time they spend in the store, not allow queues in the toilets, collect customer data and desist from holding sales promotion events.

It is believed that parks will be the first to be reopened, provided people agree to exercise on their own and not in a group. Schools that are planning to reopen in July will have to make plans to adapt to the situation, especially in terms of the space between each student’s desk.

[…] bills for some 22 million households for three months, from March to May this year, with a budget of about 23 billion […]