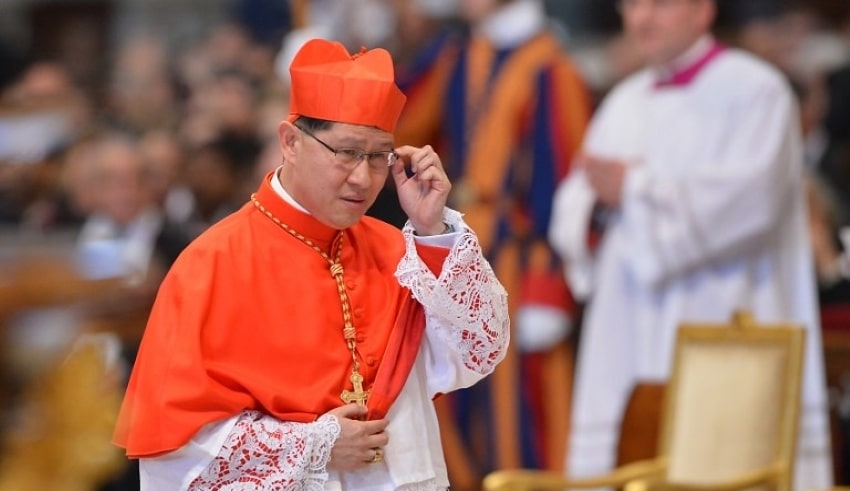 The Vatican confirmed today that Cardinal Luis Antonio Tagle has been tested positive for Covid-19 upon his arrival in the Philippines.
(C) Flickr, Rappler

METRO MANILA – The Vatican confirmed today that Cardinal Luis Antonio Tagle has been tested positive for Covid-19 upon his arrival in the Philippines.

He was tested negative after taking the test in Rome last Sept. 7, Vatican News reported.

Vatican Press Office Director Matteo Bruni said that he tested positive from the COVID-19 swab test that was conducted in Manila.

In a Facebook post by the Catholic Bishops Conference of the Philippines (CBCP) said that the 63-year-old Cardinal-Bishop shows no symptoms and is currently on isolation.

Tagle, 63, is now based in the Vatican as the prefect of the Congregation for the Evangelization of Peoples. Tagle is touted  to be a potential succesor to Pope Francis and the Vatican watchers is said to be grooming  him for the papacy.

Vatican has not yet appointed a new Manila archbishop as of the moment. Bishop Broderick Pabillo, the temporary head of the Archdiocese of Manila which Tagle vacated also tested positive for the Covid-19 virus. He eventually recovered after completing the quarantine