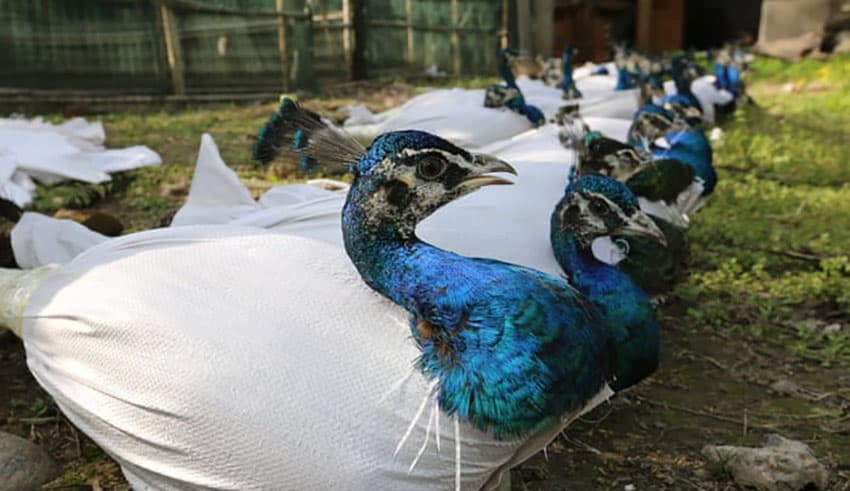 China declared an immediate and “comprehensive” ban on wild animal trade and consumption, a practice believed to be responsible for the deadly coronavirus outbreak.

The highest legislative committee in the country adopted a resolution “prohibiting the illegal trade in wildlife, abolishing the bad habit of overconsumption of wildlife and effectively protecting people’s lives and safety,” state television reported.

Previous temporary bans have been put in place, including after the 2002-03 SARS (Severe Acute Respiratory Syndrome) virus killed hundreds of people in China and Hong Kong, and also traced to wild animal consumption.

However, that ban was short-lived, and conservationists have long accused China of tolerating a cruel trade in wild animals as exotic menu items or for use in traditional medicines whose effectiveness is not confirmed by science.

The decision was taken by the National People’s Congress (NPC) Standing Committee, which oversees the rubber-stamp legislature in the country.

The coronavirus outbreak had exposed “the prominent issue of unnecessary wildlife consumption, and the tremendous hidden dangers to public health and safety,” the China Central Television (CCTV) study said.

The virus possibly originated from a market in central Wuhan city that sold wild animals as food, Chinese health officials have said.

In China, the coronavirus killed 2,592 people, infected about 77,000 others, and crippled the economy of the country.

In at least two dozen other countries it has also infected people, killing nearly 30 and its rapid global spread has raised fears of a full-blown pandemic.