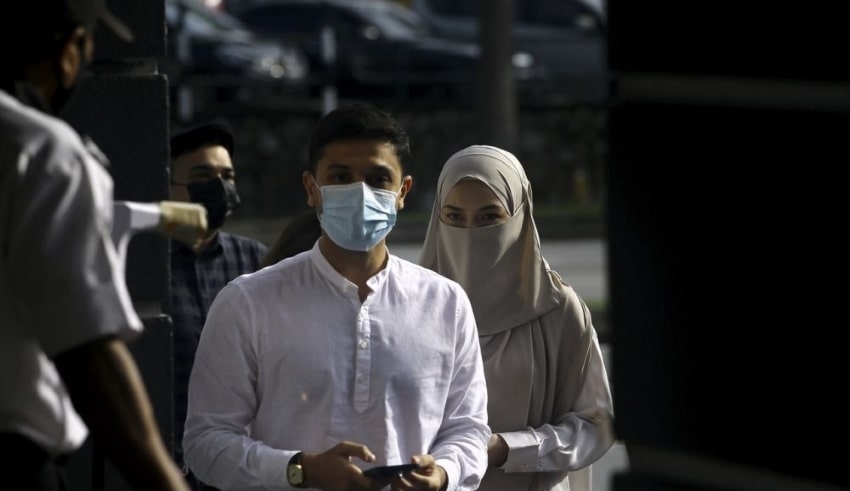 Noor Neelofa Mohd Noor has given her statement on allegations she violated standard operating procedures (SOP) for wearing a niqab without a face mask underneath during a court appearance in Seremban on May 20.

Seremban district police chief Assistant Commissioner Mohd Said Ibrahim said through a statement that a probe was initiated after the police flagged the alleged violation by Neelofa through a report published on Malay news site Kosmo! on May 21. This came after social media users spotted the alleged offence by the 32-year-old Neelofa when she and PU Riz arrived at the Seremban Magistrate’s Court on May 20 to face charges also related to SOP violations.

The recent probe by Seremban police adds to the list of recent controversies involving Neelofa and her husband, the initial incident being her March wedding that violated physical distancing regulations.

Neelofa and 20 members of her family were eventually slapped with fines totalling RM60,000 for SOP breaches at the wedding.

But days later, the celebrity couple was embroiled in another controversy after they were photographed enjoying water sports activities on the holiday island of Langkawi.

The police had said the couple’s permit for interstate travel to Langkawi issued to her was only for work purposes and not for a honeymoon.

Then, on May 2, Neelofa uploaded pictures and videos of herself and her husband in a carpet shop in Nilai, Negri Sembilan, which immediately went viral. Two days later, they were reported to have spent four hours at the Nilai Police headquarters giving their statements on the case.

On May 20, the couple were charged in Seremban for the May 2 offence; Neelofa for failing to scan her details via the MySejahtera application before entering the premises. Her husband was also charged with the same offence, plus an additional one for not wearing a face mask.