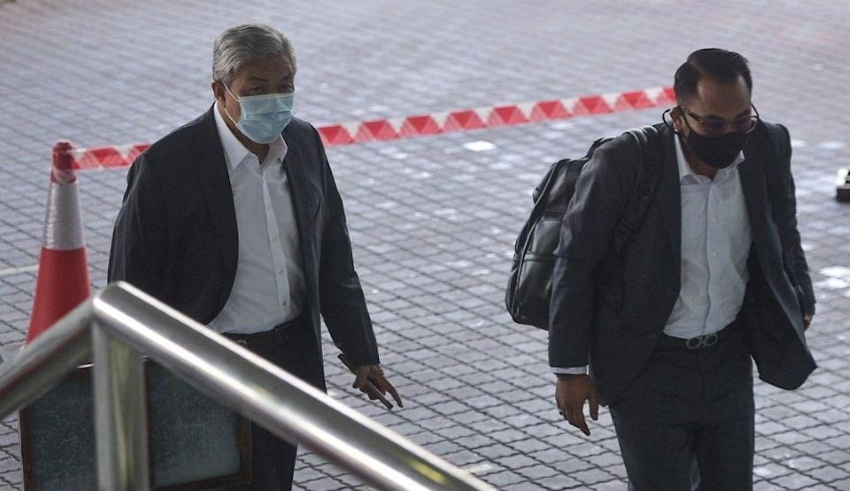 Deputy Public Prosecutor Raja Rozela Raja Toran, in the prosecution’s opening statement, contended that Zahid received bribes in the form of various foreign currencies from a local company, Ultra Kirana Sdn Bhd. Raja Rozela, whom is also leading the prosecution, added that the accused accepted the bribes as payment and inducement to maintain or extend UKSB’s appointment contract with the government for services rendered to the Home Ministry.

More than 1,000 pages of written submissions submitted to court over Zahid’s case

Zahid was home minister under the former Barisan Nasional coalition government from May 2013 until May 2018, with his ministry also overseeing the Immigration Department.

“Throughout his four-year tenure as minister at the Home Ministry, the accused took advantage of his position to reap monetary benefits for himself. The accused received bribes involving cash of various currencies — 14.71 million Singapore Dollars, RM3.125 million, 15,000 US Dollars and 5,000 Euros,” she told High Court judge Datuk Mohd Yazid Mustafa.”

Raja Rozela said the prosecution aims to prove the link between UKSB’s appointment as a contractor with the fact that the accused received bribes from the aforementioned company.

“The accused was both involved and had knowledge of UKSB’s appointment as a contractor. The prosecution will present oral testimonies and documentary evidence to prove this fact. All of the testimonies to be presented in court will prove a prima facie case against the accused of the offences committed as stipulated in the respective criminal charges,” she said.

She also said the prosecution aims to call at least 20 witnesses for the trial.

This will be the Umno president’s second trial following the ongoing hearing at the Kuala Lumpur High Court in which he is facing 47 criminal breach of trust, corruption and money laundering charges involving tens of millions of ringgit belonging to Yayasan Akalbudi.

In this VLN case, Ahmad Zahid pleaded not guilty to 33 charges of receiving bribes amounting to S$13.56 million (RM42 million) from Ultra Kirana Sdn Bhd as an inducement for himself in his capacity as a civil servant then as home minister to extend the contract of company as the operator of One Stop Centre (OSC) in China and the VLN system as well as to maintain the agreement to supply VLN integrated system paraphernalia to the same company by the Home Ministry.

He allegedly committed the offences at Seri Satria, Precinct 16, Putrajaya and in Country Heights, Kajang, between October 2014 and March 2018.