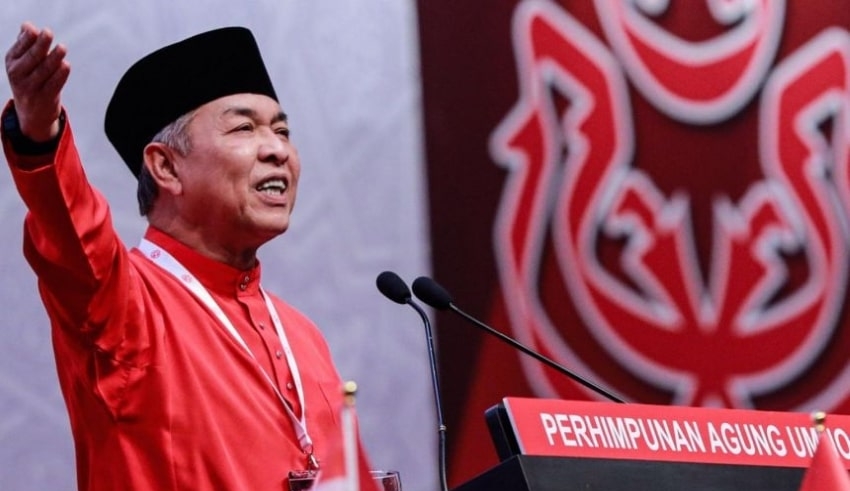 UMNO president Datuk Seri Ahmad Zahid Hamidi’s proposal for Barisan Nasional (BN) to cut off relations with the Perikatan Nasional (PN) government seems to have been dismissed by its MPs.
(C) straitstimes

UMNO president Datuk Seri Ahmad Zahid Hamidi’s proposal for Barisan Nasional (BN) to cut off relations with the Perikatan Nasional (PN) government seems to have been dismissed by its MPs.

According to several sources, Zahid met with its MPs at the UMNO headquarters, asking them to leave PN. One source said that the meeting between Zahid and the MPs was related to the -day ultimatum that he announced on July 21.However, the MPs have dismissed it right way, saying that severing ties with PN at this time would not be a good decision.

Whereas, another source said that in a different meeting between Zahid and some UMNO Supreme Council members including vice-president and senior minister Datuk Seri Ismail Sabri Yaakob, Zahid’s proposal to leave PN has been rejected. The source added that the meeting has not reached the outcome he wanted as Zahid has not come to convince them to leave PN.

While other sources say that there were MPs who have accused Zahid of working with the Opposition leader Datuk Seri Anwar Ibrahim with the motive of tear PN down.

The sources added that the MPs who have out rightly rejected the idea thinks that Zahid intends to collude with Anwar and lead UMNO to further problems.

A portal reported that UMNO MPs have refused to quit the government as its party leader proposed.

Whereas, another source from UMNO who supported PN says that Zahid gave another ultimatum to its MPs, asking them to put their support on him and quit the coalition under Muhyiddin.

The source says that Zahid is expected to receive the consensus from the Supreme Council and MPs to leave PN on July 7 while adding that Zahid is currently in an unfavorable circumstance, given that over 20 UMNO MPs out of 38, does not want to quit PN.

There were also reports saying that Zahid has set up a meeting with some of the MPs of UMNO and BN.

On June 21, Zahid had given a 14-day ultimatum to the PN government for the reconvention of the Parliament which ended today.

Zahid said in a statement that the ultimatum was meant to uphold the Rulers’ decree which had called for Parliament to convene as soon as possible, following the Emergency which resulted to the suspension of the Parliamentary sessions. However, Prime Minister Tan Sri Muhyiddin Yassin has set July 26 for Parliament to reconvene