The Asian Affairs > Latest News > Geo Politics > Zahid: UMNO is a party that takes action on what it said 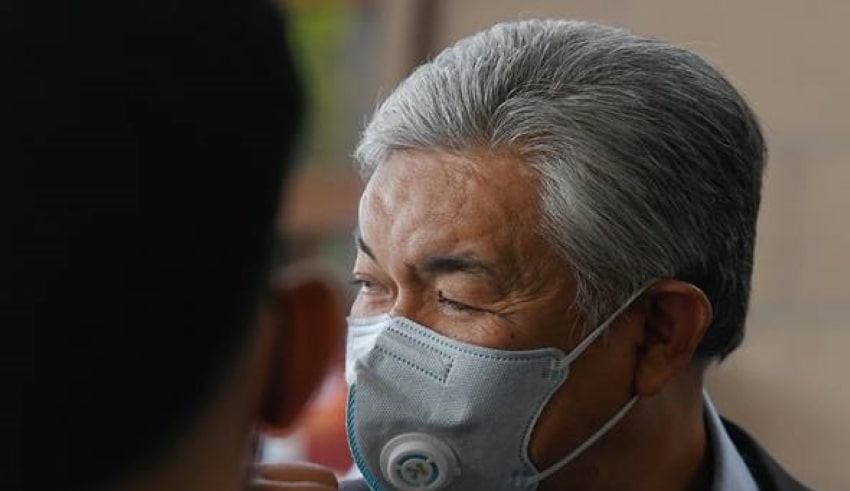 UMNO president Datuk Seri Ahmad Zahid Hamidi asserted that UMNO is determined to make a stand on the Supreme Council’s decision after having its own MPs and other political parties express different views on the matter.
(C) straitstimes

UMNO president Datuk Seri Ahmad Zahid Hamidi asserted that UMNO is determined to make a stand on the Supreme Council’s decision after having its own MPs and other political parties express different views on the matter.

According to him, the reason behind the withdrawal of support from Prime Minister Tan Sri Muhyiddin Yassin was due to several events that transpired sequentially as well as because of the 14 days demand on the reconvention of Parliament proceedings as advised by the Yang di-Pertuan Agong and Council of Rulers so as to hold discussions to help the people in the middle of the Covid-19 pandemic.

Zahid also gave a warning to the cybertroopers who are causing confusion among the people and “spinning” decisions.

He said that there is no need for that as this is about the actions of the UMNO itself.

Zahid said in a statement that UMNO will take action based on the word it had given and will do what it said for the interest of both the people and the country.

He also added that the meeting held on July 7 was for the purpose of putting into place measures to be taken in line with the seven main considerations following the Agong’s advice to reconvene parliament on June 16 and June 29.

He said in a press address on Wednesday that the supreme council of UMNO has reached to a decision of withdrawing its support from Muhyiddin because of his administration’s alleged failures to address the Covid-19 health, economic and political crisis.

Zahid called for Muhyiddin to vacate his post and had an interim prime minister be appointed to deal with the current pandemic situation and subsequently advise the Yang di-Pertuan Agong to accede for a general election to be called. Zahid’s statement came after Muhyiddin had unexpectedly appointed two UMNO lawmakers, Datuk Seri Ismail Sabri Yaakob and Datuk Seri Hishammuddin Hussein, as deputy prime minister and senior minister respectively.