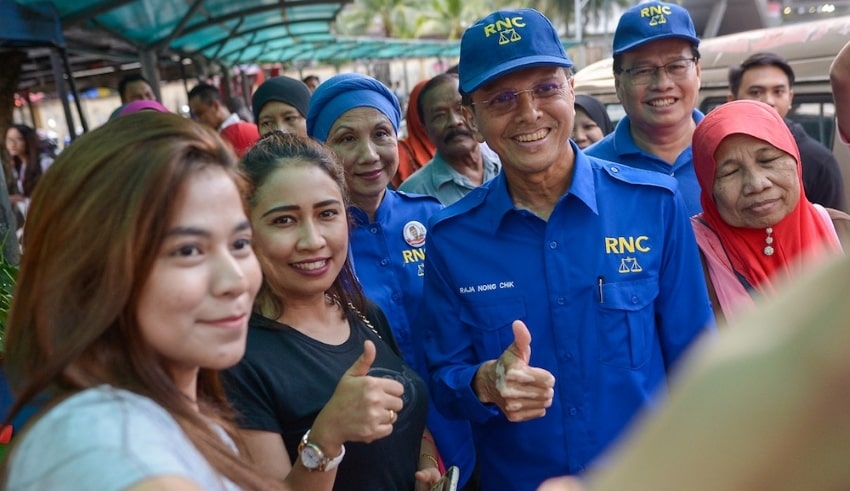 The UMNO leader was reportedly saying that although he supports having the younger candidate to contest, it was still critical for them to come from the constituencies they were aiming to represent, such that they could empathize better with the locals regarding the issues present at that particular constituency.

According to the former federal territories minister, it is vital for the younger candidates to take part in the elections so that they could progress up the party’s ranks.

He said that he has no problem stepping down and give his support, but in the case an outsider is to be selected, he was firm to say that he would contest at the upcoming general election.

He added that he is even willing to contest as an independent if UMNO selects an outsider. He pointed out that there are many young candidates and it wouldn’t be a problem for him to support them and that it is up to the party’s top leadership to decide so, but he asserted that it is still imperative for the candidate to be a local of Lembah Pantai.

Despite contesting in both the 2013 and 2018 elections, he got defeated both times. The first one, by PKR’s Nurul Izzah Anwar and again by the current MP, Fahmi Fadzil

In a report, he was quoted saying that Tengku Zafrul has the potential to win if he represents UMNO and Barisan Nasional (BN). He also noted that Zafrul came from Lembah Pantai, his parents have lived in Bangsar and he also grew up there.

Although, if he wanted to contest, he said that it should be under BN and not Perikatan Nasional.

He was talking about the rumours of Tengku Zafrul, a former corporate banker turned minister, possibly being fielded in the Lembah Pantai seat.

Tengku Zafrul is an independent senator and is currently not a member of any party. He has also stated that he did not wish to contest in the election. Raja Nong Chik continued and said that UMNO’s only chance to win in Lembah Pantai is if it could maintain its cooperation with PAS under their Muafakat Nasional (MN) charter.