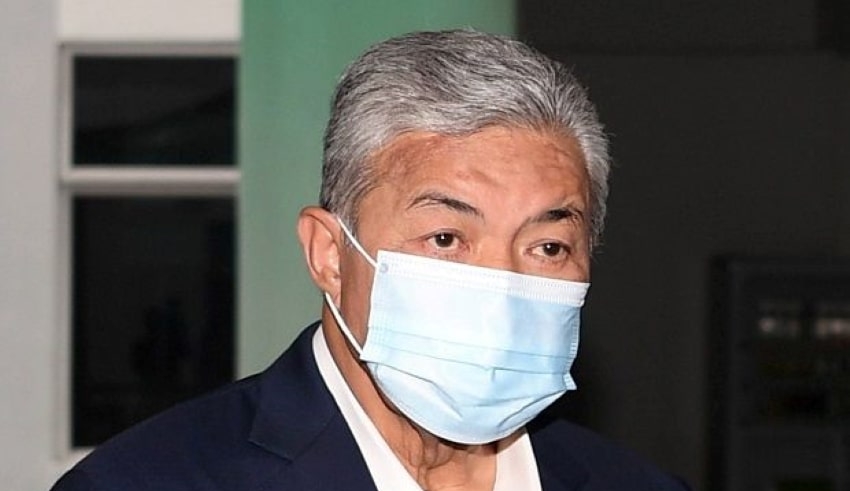 He reiterated that UMNO MPs have their support withdrawn for the Prime Minister following Istana Negara’s statement denying the government’s claim that the Agong had given his consent to revoke the Emergency Ordinances.

In a statement, the UMNO president called the government’s action as a treason to the Yang di-Pertuan Agong and a breach of the Constitution. He then went to demand for Muhyiddin and Takiyuddin to resign with dignity.

Ahmad Zahid requested for its party MPs to withdraw their support for Muhyiddin as prime minister as decided by its supreme council.

He said that the decision to relinquish support for the PM was to fulfill the oath of office as a Member of Parliament who must pay allegiance to the Yang di-Pertuan Agong and preserve, protect and defend the Federal Constitution at all times

The UMNO president said that this was in line with the party’s principles and objectives to constantly maintain and defend the institution of the Malay Rulers as stipulated in Clause 3 of the party’s constitution.

The Yang di-Pertuan Agong has also expressed his disappointment on the revocation of Emergency Ordinances.

In a statement through the Comptroller of the Royal Household Datuk Ahmad Fadil Shamsuddin, the Agong called Takiyuddin’s assertion in the Parliament as consequently premature and inaccurate.

Consequently, the Dewan Rakyat was in an uproar following the palace statement.

The Emergency was imposed since January 11 and will end on August 1, with the Emergency (Essential Powers) (Amendment) Ordinance (EO) 2021 gazetted three days later.

One of the controversial regulations provided in the EO was that of including free reign for the government to use the country’s coffers in spending without the need for the Parliament’s approval. Another one was giving permission to individuals to be compounded up to RM10,000 over violation of MCO laws as well as the potential RM500,000 fine for those who would be found guilty of spreading unverified information or “fake news”.